There you go, it happened twice in a month.

First, it came from the city of Hoi An. Nothing surprising here as they are running their city the way they’d run a (very) local business: having no idea what they are doing. It is the second time (as far as I know) that the city of Hoi An is using one of my image without bothering asking me (and let’s not even imagine they they think they’d have to pay for it). Forget copyright, forget the fact that I need to make a living. It is digital so it must be free right?

A few years ago they used this same (boring) lantern image on some brochures they were distributing into town.

Now, that same (boring) image is being displayed big size to hide some of the construction work they are doing along the river. I mean, come on guys, this photo is the most boring photo you could stole from my Flickr gallery! Why don’t you borrow your nephew’s camera and go shoot it yourself? 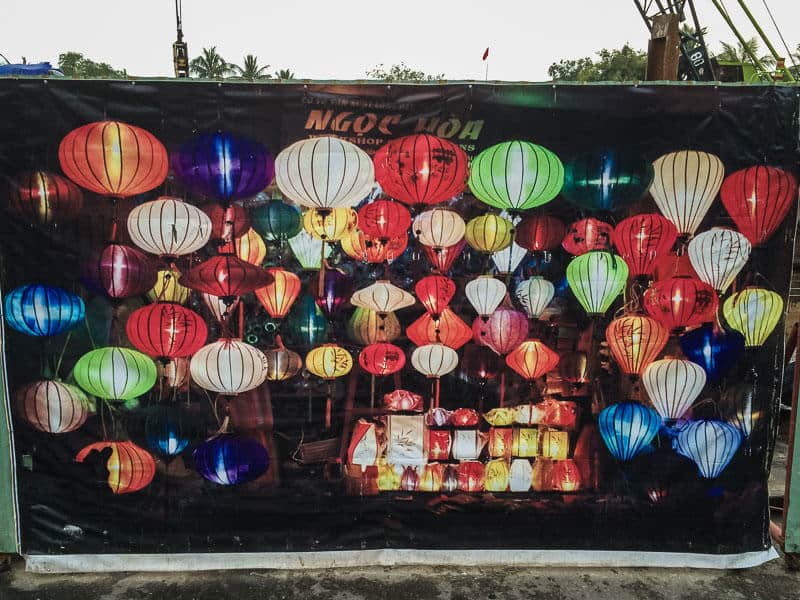 Of course when it first happened I went to pay them a visit. First, the “manager” was unavailable. Then, on a second visit, I explained the secretary the issue. She went to the manager’s office, and came out after 5 minutes saying he was not there…. I believe she spent 5 minutes in there staring at the wall. A complete “I don’t give a fuck about you” is what they gave me.

This morning, while I came to pick up some clients to go on the sunrise photo tour, I saw some postcards displayed at their resort’s reception. Curiosity made me have a quick look (I usually do that to check that the level of creativity from postcards makers is still below the ground) and after 1 minute saw my photo. Well, could be anyone’s photo as it is so boring and I am sure 90% of tourists in Hoi An have that same shot, but after carefully checking it is definitely mine. I guess, same as for Hoi An people’s committee, it comes from my Flickr gallery (now deleted by the way). 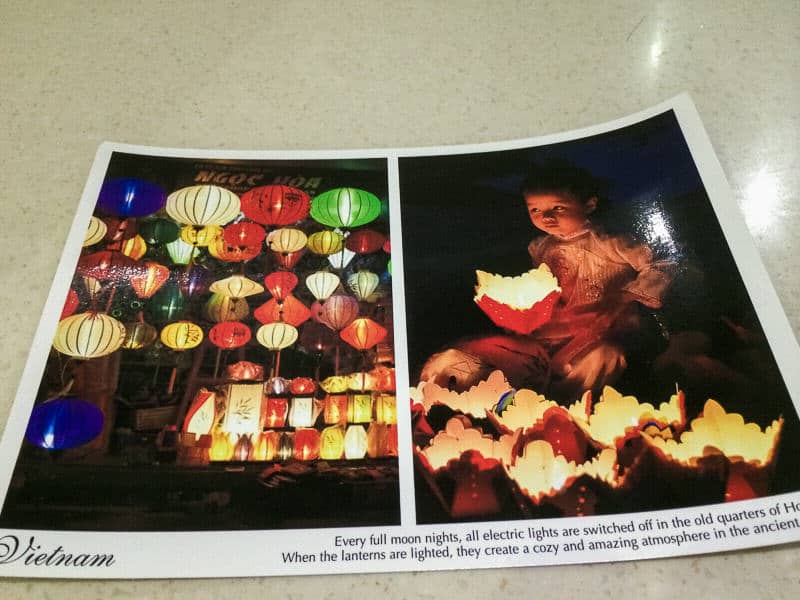 So, as I usually do, I am sending a friendly email to this company (a local travel company based in Hanoi) asking them to compensate me for the image. Their email address is obviously not working (mailbox full) so I gave them a call. One girl gave me (with my bad Vietnamese) the contact of her boss.

In any troubled situation, I ask my wife for help, and this is what I did 🙂 She called the manager of the company. After explaining the situation this lady explained that they print thousands of these postcards. They use photos they find online without asking anyone. But when one of the photographer contacts them to tell them they have used their photo without consent they compensate them for about $50…

My wife told her that the cost for the use of my image was $800, and got her email address. I sent the prove of photo thief and invoice by email to the manager.

After a little bit of talks, the manager actually apologized to me for using the image without permission and offered to compensate me for about $80… which is I must say very surprising coming from a local company. At the end it is not for the $80 at all, but this company may think twice before using a picture which is not theirs.

As for the city of Hoi An, I am actually training every morning to talk to a wall and see if I can make it respond. I will keep you posted.