The shaman from the Chin state

On my recent trip to the Chin state, Myanmar, I met Ha Mo Ki. He is 60 years old and the shaman of a small village in the surroundings of Mindat, Myanmar.

When meeting him and discovering his wild character, I decided to ask him a few questions, with the help of my translator.

Ha Mo Ki is the village shaman. He is the one who is able to communicate with the spirits in order to help the people in their daily lives. He received his skills from his father, who received them from his grandfather, and it has been transmitted in the family for generations.

The villagers come to meet Ha Mo Ki when they need to take big decisions in terms of business, or know about their health of families. He receives visits from the local people about 6 or 7 times per month.

What Ha Mo Ki does is that he is able to read the spirits’ indications on a chicken egg shell. Given the spirits’ answers, and mostly when the answer is negative, the people will have to provide a small animal (a chicken or a pig) and Ha Mo Ki will sacrifice it during a ceremony. When the reading on the egg shell happens to be very bad, the people may have to provide a much bigger and more costly animal, like a cow or a buffalo. 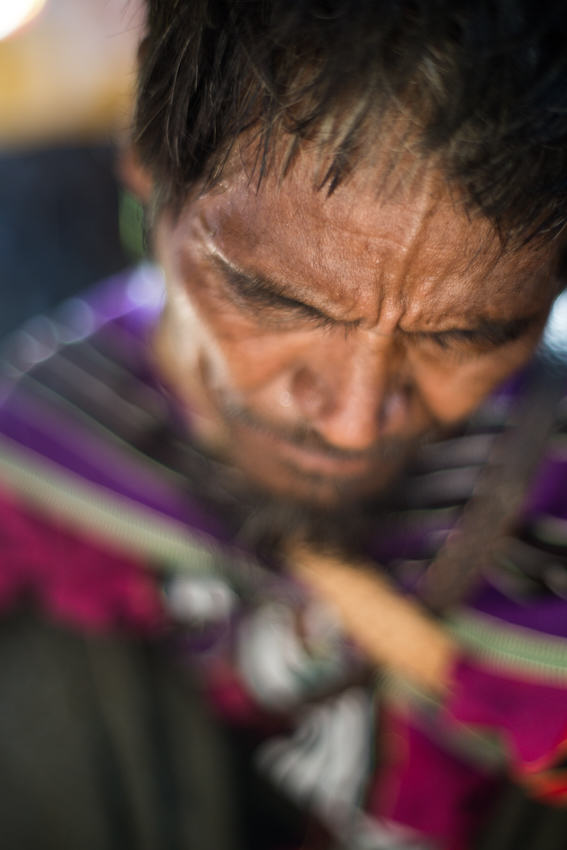 Ha Mo Ki then offered to read about my future, and I could not refuse such an offer. 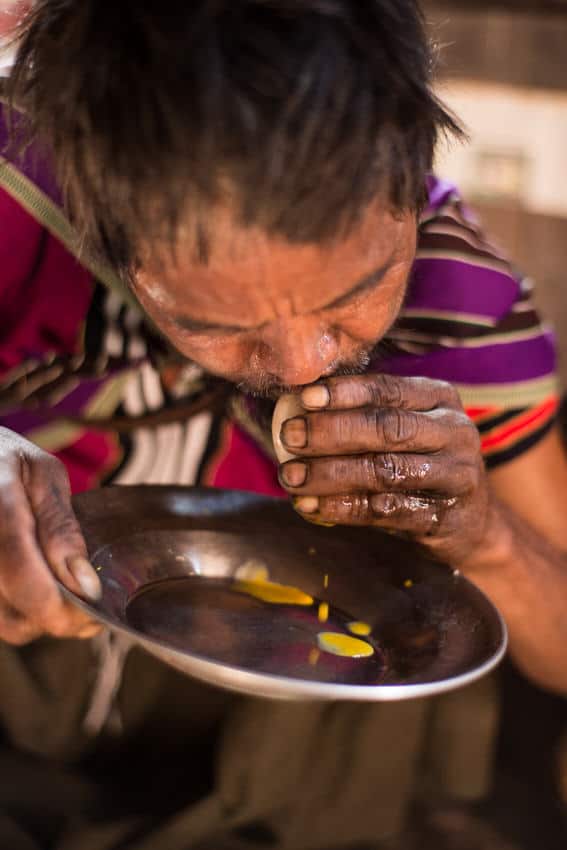 First, he starts by piercing a whole in each extremity of the egg, so he can empty it. After doing so, Ha Mo Ki will use his blade (which every person in the chin state is carrying around their belts) and carve some lines, going from an extremity to the other. He then starts a small fire with small pieces of wood. This is when Ha Mo Ki takes a heavy expression on his face, and I felt he was no longer among us. 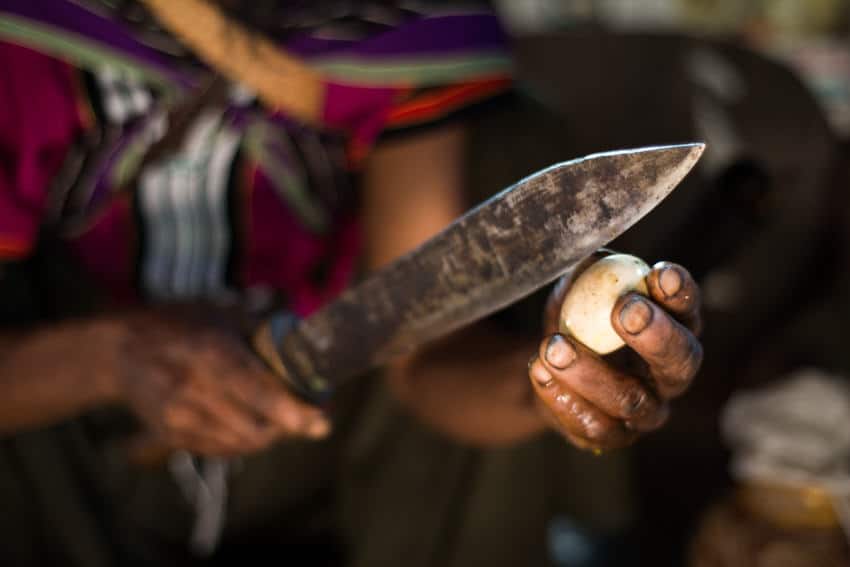 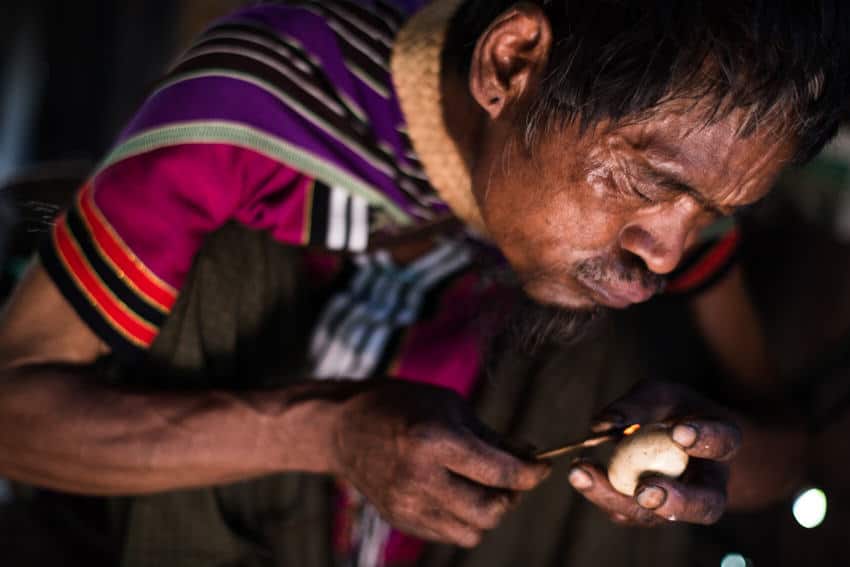 Ha Mo Ki then took another piece of wood and repeated the procedure, but his time mumbling to himself, in a language my local translator could not understand. His body was rocking backwards and forwards and his eyes were closed. He sometimes licked the egg and scratched the surface to remove some of the burnt wood, and stared at it. After about 10 minutes of watching him being extremely serious and focused, his face suddenly came back to normal, he looked at me and smile.

He said something to my translator, and I was very eager to find out what it was. They talked for a minute, when my translator turned to me and said “good”.

Maybe I was expecting a little more details, but I was happy to hear that.

I asked Ha Mo Ki to show me the egg and how could he see the spirits’ guidance. 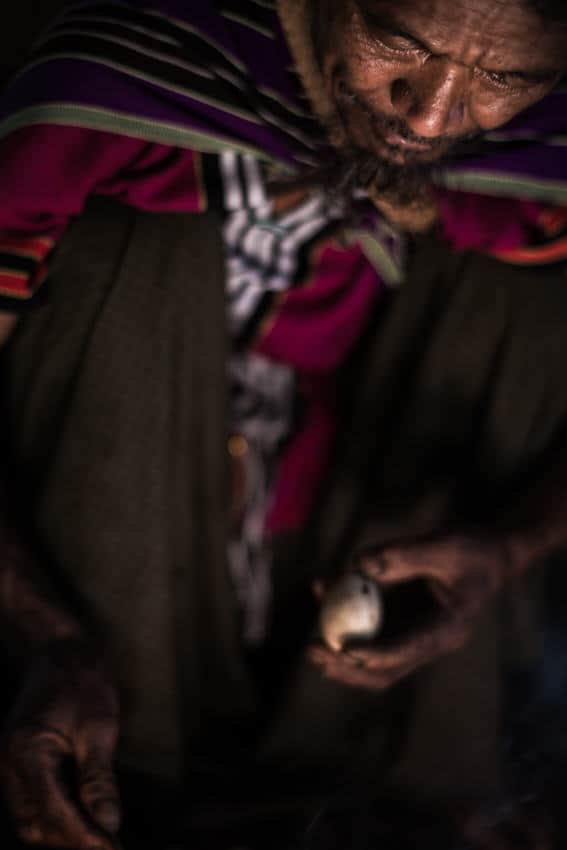 If the cracks are going downwards, it is a bad sign. But if they are going on the side or upwards, it is a good sign. Ha Mo Ki showed me the cracks on the 4 different spots he burnt, and not a single crack was going down. He told my translator that on about 10 people who come to ask him for an audience, only 1 or 2 people will be so lucky. 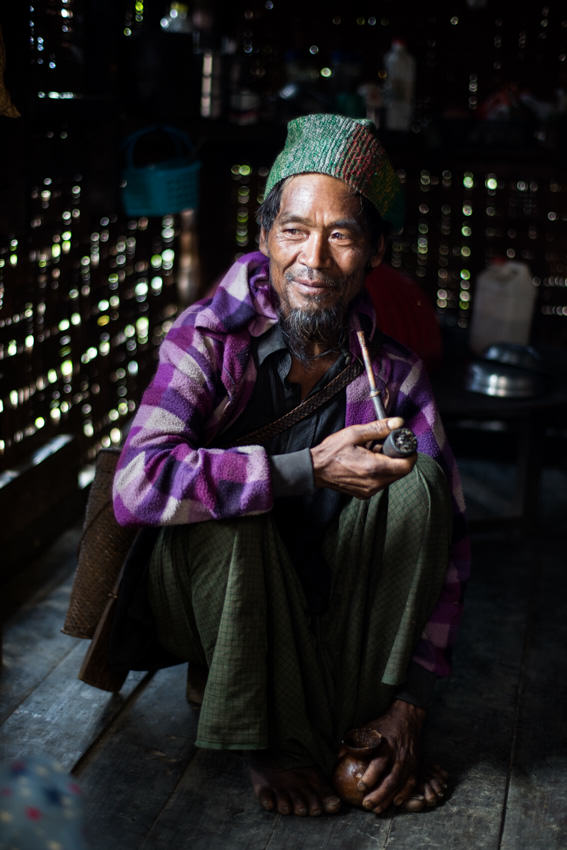 Ha Mo Ki is now teaching the technique to his only son (he had 9 girls and only 1 boy).

He told me a recent story that happened to him: two of his daughters are illegal workers in Malaysia. One of them was caught by the local authorities and sent to  jail. After hearing about it, Ha Mo Ki sacrificed a chicken to the spirits, and his daughter was released 3 days later. He was very proud to tell me that he is able to taker care of his family from a distance.