A travel photographer in Iran

Last year I spent 3 weeks traveling through Iran, as a recon mission for my upcoming photography tour. I am now in the process of preparing for my first Iran photo workshop, coming this October (so excited!). It is truly an amazing country and I can hardly wait to be back with a group of students!

On my first trip to Iran, the people and culture were just as I’d expected: stunningly beautiful, super friendly and very hospitable. The biggest and the most welcome challenge was the process of taking photos. As a photographer who’s very accustomed to taking pictures in Southeast Asia, I found that I had to adapt and I shot more landscapes than people. Being a developed country, people are a little more shy in front of the camera, but extremely friendly after having a chat with them. Yet, because the scenery is incredible, this wasn’t the worst option. 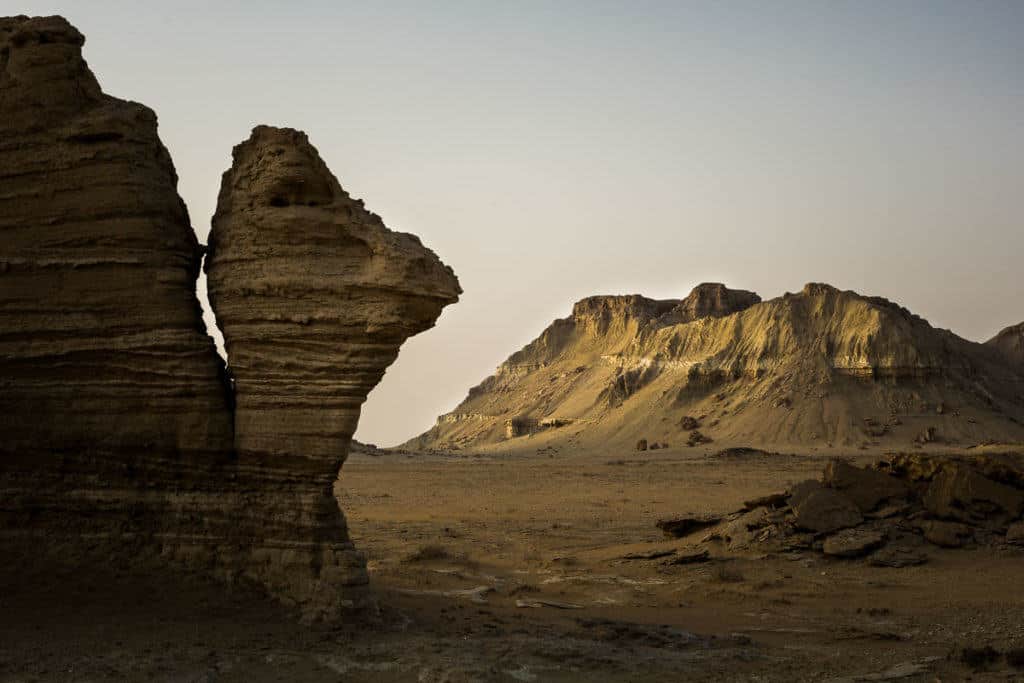 Upon landing in Tehran, a city built at the bottom of a mountain range, I was completely blown away! The country is basically a huge plateau about 1,200 meters above sea level. Though the country’s general topography can appear flat, it hosts many diverse rock formations.

Although I travel often, some of the most amazing landscapes I have ever seen were the ones I saw while driving through Kurdistan. Some local photographers friends and I went on a road trip there for a week. Within a few hours drive, we went from dry Zion National Park like formations to green Scotland grassy hills.

In Kurdistan, the famous villages of Palangan and Oramanat are built on the mountainside, which makes for some spectacular rooftop dinner views. It feels like a scene straight out of a James Bond movie, without the champagne of course!

Then there is Hormoz Island in the South, home to a mountain made entirely out of salt and endless red-dirt, Martian-like landscapes.

As South East Asia does not have many deserts, exploring them in Iran was an entirely new and thrilling experience. The dry air, the vast empty spaces, and the immensity of the landscapes was a stark contrast to Southeast Asia, where it’s easy to feel surrounded by people and noise. 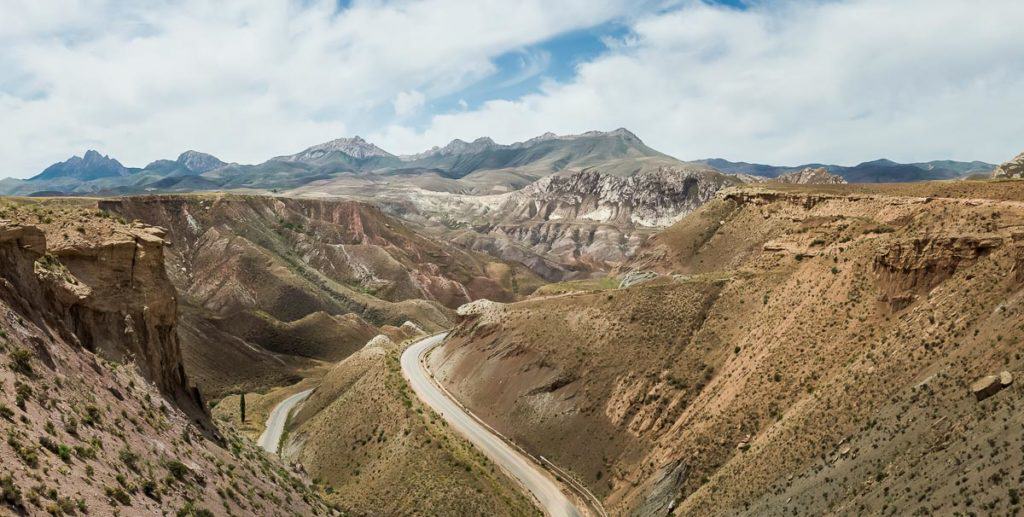 Perusing the streets of Iran felt like walking through a Hollywood movie set. The Persian style homes and buildings are nothing like I’ve ever seen. In the old bazaar of Kashan, or the Royal Square of Isfahan, one could easily discover hidden courtyards inside vast mansions. I never wanted to stop exploring.

Because Iran has an extensive, rich culture and history – they have managed to preserve a lot of their historical architecture. Though I wouldn’t consider myself an architecture photographer, I found myself drawn to capturing the quaint courtyards and lively markets. 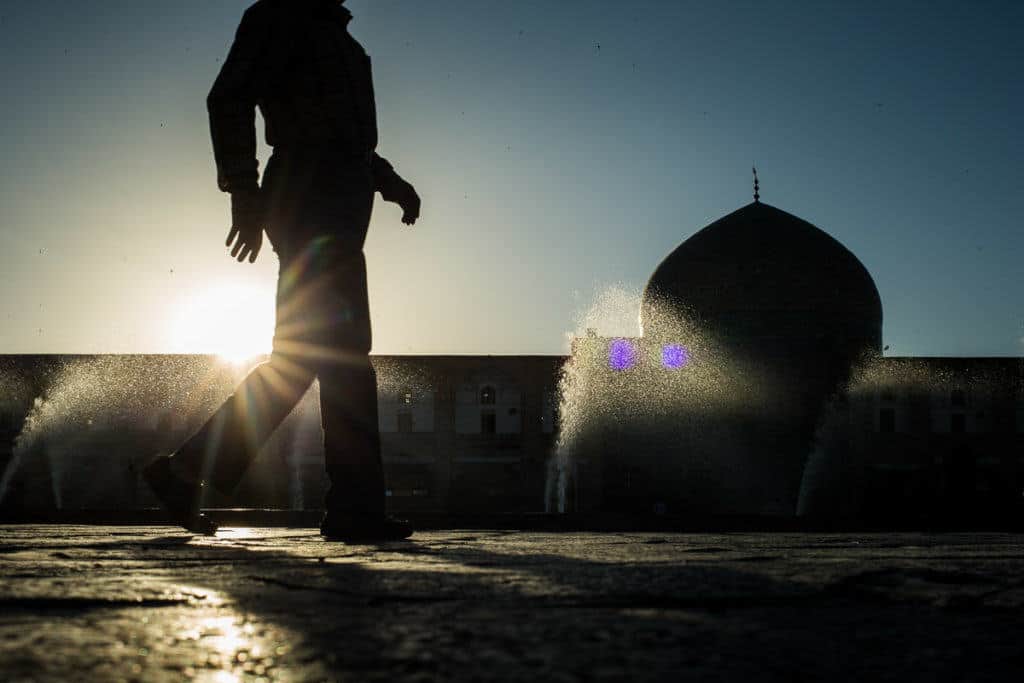 Iranians love meeting travellers and sharing experiences. Also, due to the political relationship Iran has with the US, and the negative way they are portrayed in the media, the people feel the need to show visitors that their country is not at all what outsiders see on TV. In fact, During my first week in Iran, I was literally invited inside everyone’s house. So much so that, in order to find time to take photos, I had to evade some of the generous hospitality. 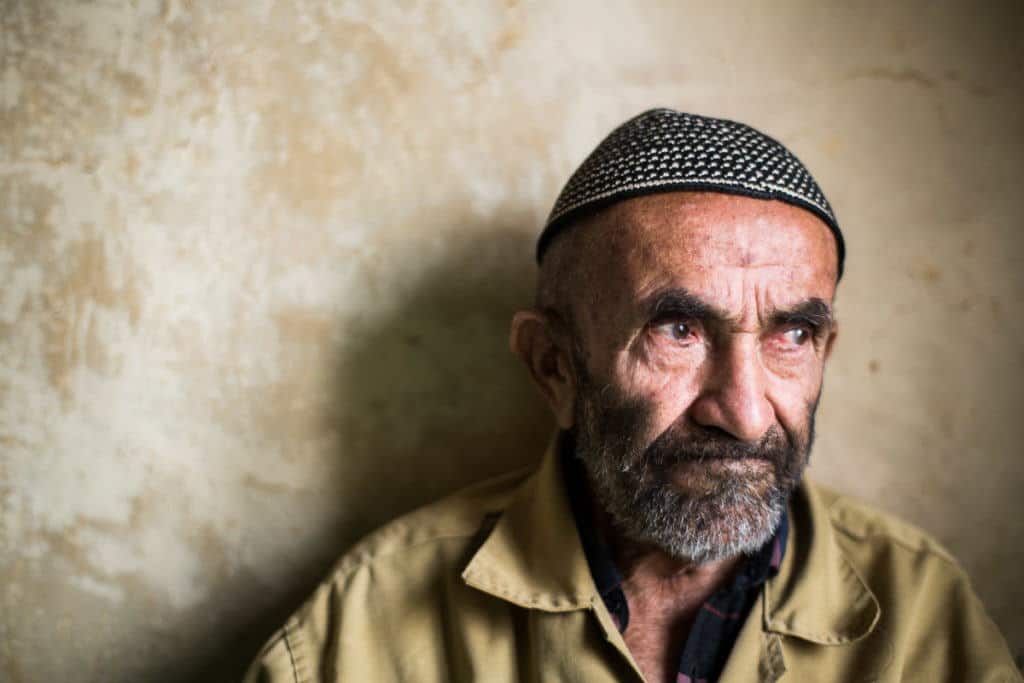 Although I was in Iran for three weeks, I only spent five nights in a hotel – I was constantly invited to stay with people and share in their lives. The Iranian’s welcoming spirit makes them very approachable and easy to photograph. I found that most people were happy to have their photo taken. 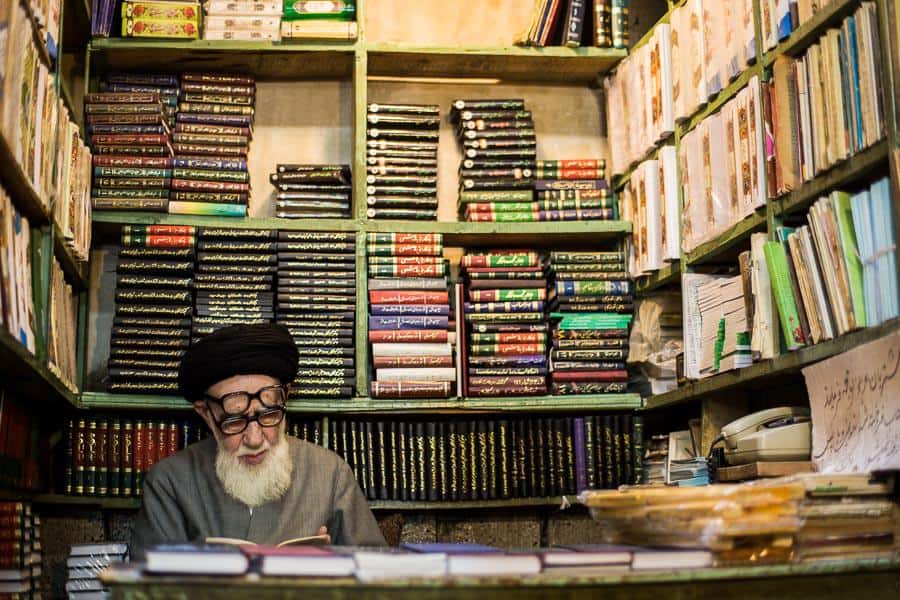 Another example of Iranian generosity – while travelling by bus from Tehran to Isfahan, in order to have a better view of the landscapes, I took my bag and moved to the front of the bus. Little did I know that only five minutes passed before the staff installed a special seat for me. They even prepared hot tea and offered me Swiss chocolate! I cannot say enough about Iranian hospitality – you just have to experience it for yourself.

Unfortunately, my travels in Iran coincided with Ramadan. Though I was still able to find food, many restaurants were closed for the holiday and I missed out on some of the local specialities. I spent one of my weeks on a bread and cheese, honey and walnuts, and Nutella diet – but I can’t complain about that!

Due to its rich history, Iran is known to have some of the most amazing food on the planet, and I expect to get a few kilos on after my trip there in October.

I consider food to be about 30% of the experience of travelling to a new country. After a long day walking and taking photos, there nothing better than a great meal to make everyone full of energy again. This is a guarantee every day in Iran. 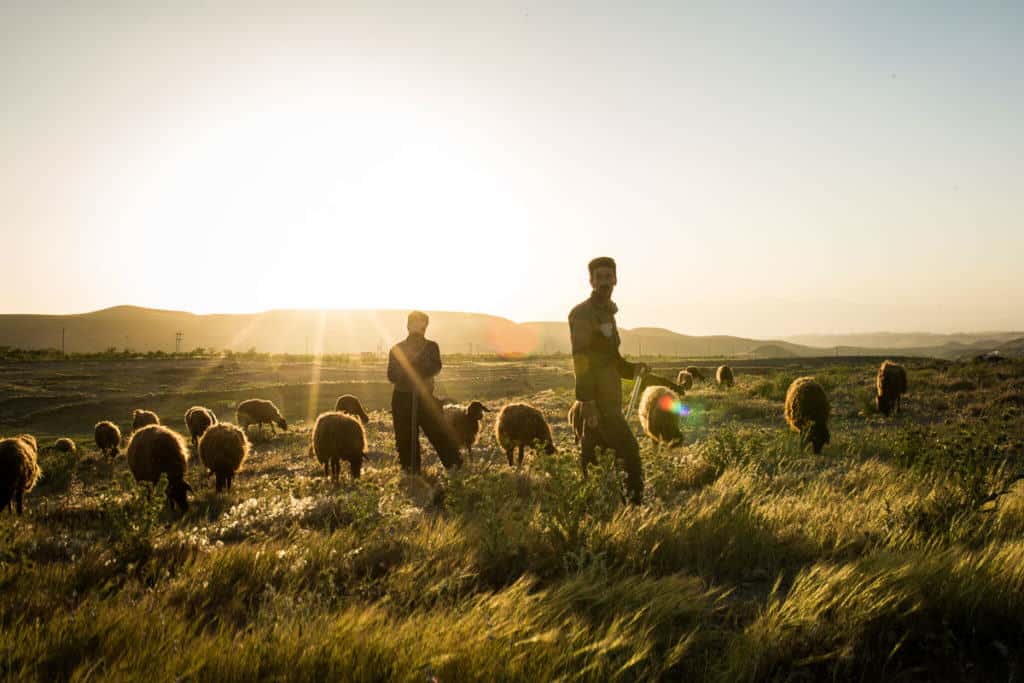 As I mentioned earlier, taking photos in Iran proved to be vastly different than my Southeast Asia photography experiences. This is, in part, due to their strict religion – for example, women do not like to be photographed in public. But it was nothing like I heard before going there: “do not take photos of people or they will send you to jail!”. Most people are extremely friendly, especially in the countryside of Azerbaijan and Kurdistan, and some small talks and smiles were often enough to relax the atmosphere. 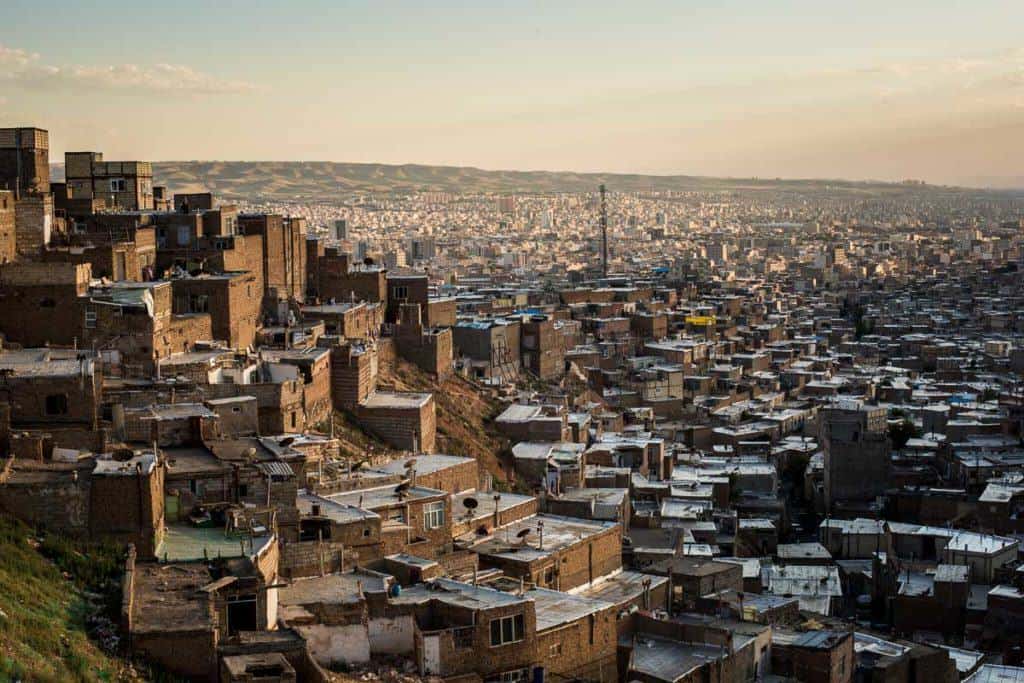 While spending as much of my time in the countryside as possible, I realized that Iran is the same as the rest of Asia – people are more friendly and approachable as you travel away from city limits.

In the cities, the bazaars (markets) are a gathering of people buying and selling all kind of products. Unlike other markets in Asia, these are built within old historical buildings offering very special lights, backgrounds, and general atmosphere. 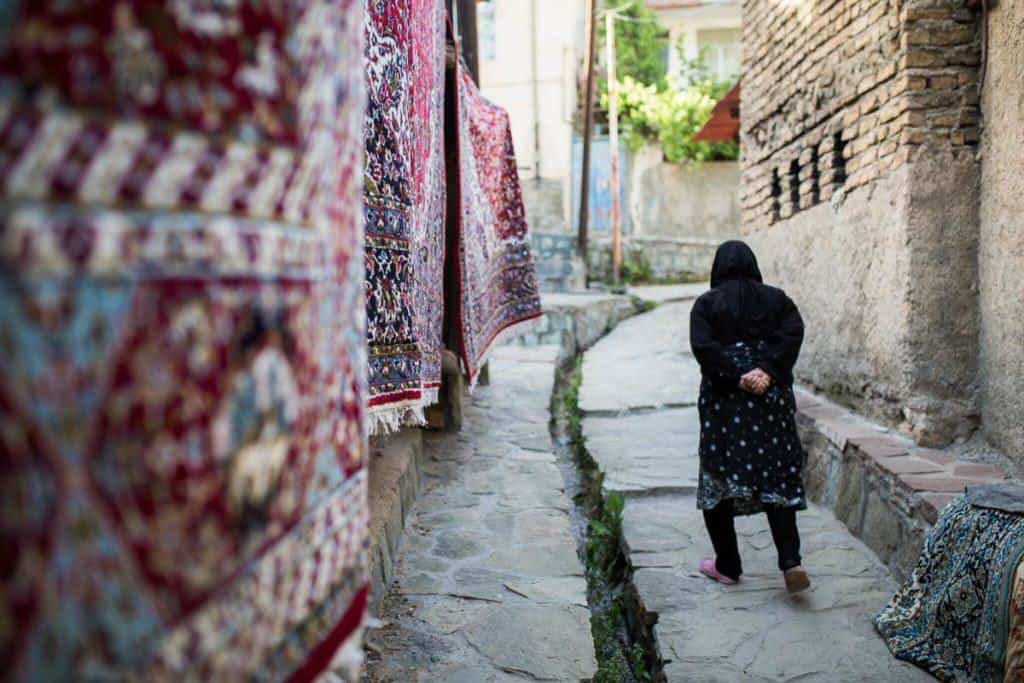 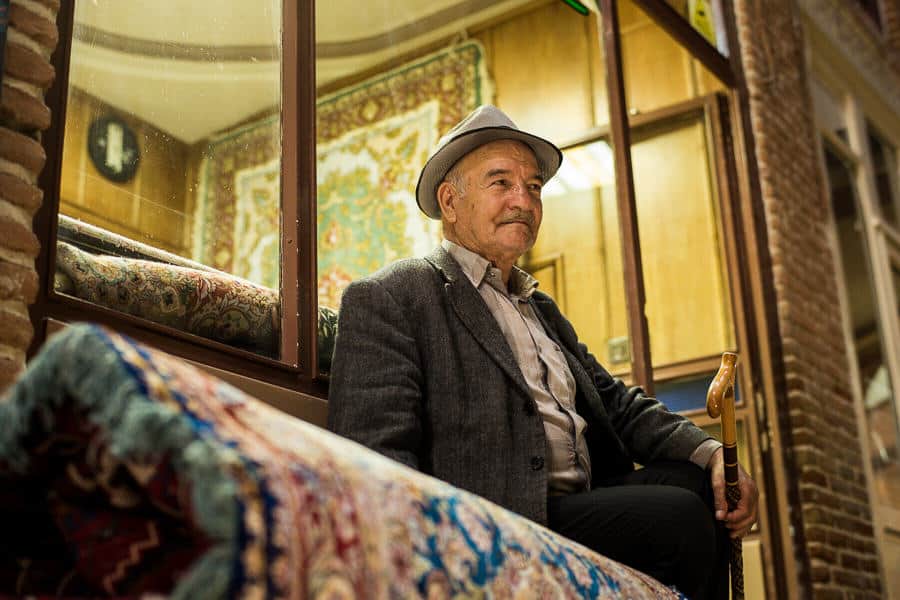 The best thing for me about Iran is how I felt I was visiting a country which is very rich and diversified. There are so many places to discover and so many friendly people to meet, I cannot wait to be back there again later this year.

Join me for a 10-day photography tour in this stunning country from October 23rd to November 1st 2018. 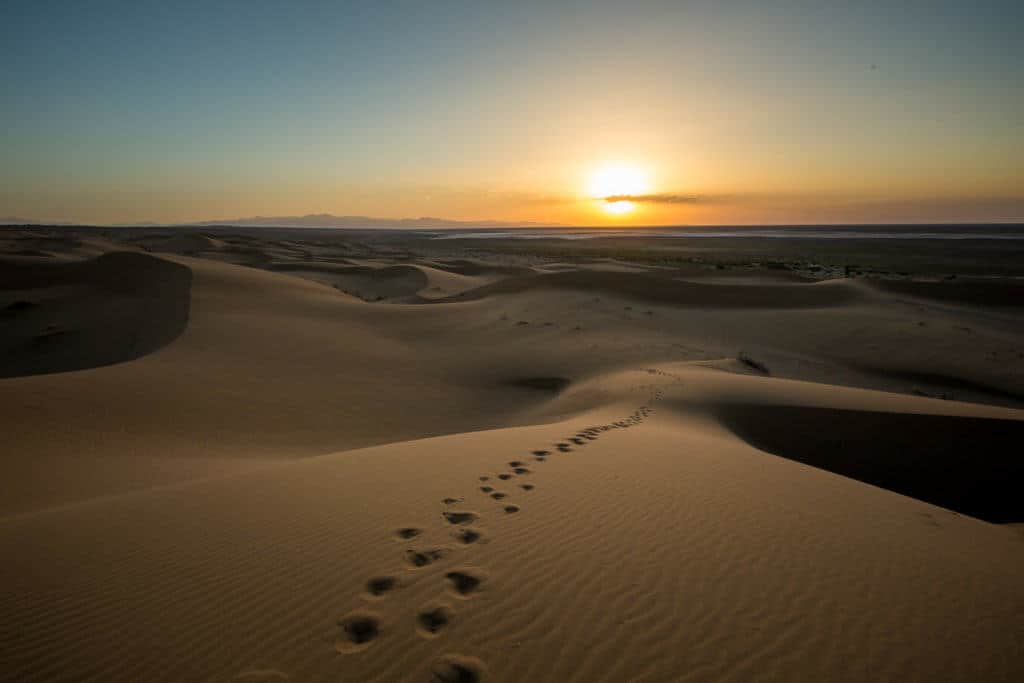