I had a very productive weekend of shooting during my most recent 3-day photo workshop. The attending group was small, the light was perfect, and I made sure to take extra photos to use for contact sheets. (All the photos here are the .jpg in “Classic Chrome” Fuji film simulation – removed directly from my camera.)

The layout of this contact sheet is a bit different than others as it does not display a final, “winning”, image. I shot these photos of a young man sunset fishing in the lagoon of Lang Co over a period of 15 minutes. There are a lot of them that I like, but I will let you decide what you prefer. What I most hope to show you is the process going through my head while I during this session.

While walking with my students along the lagoon, searching for our 4th spot to take photos after a magical afternoon (see my blog post), we spotted a man wading in the water. Though he was a significant distance away, his actions and the light were too good to pass. We observed as the man spread his fishing net in a circle and proceeded to walk around it, splashing the water with his stick to scare the fish towards the net. This is a common practice in Vietnam and it has always been quite photogenic. 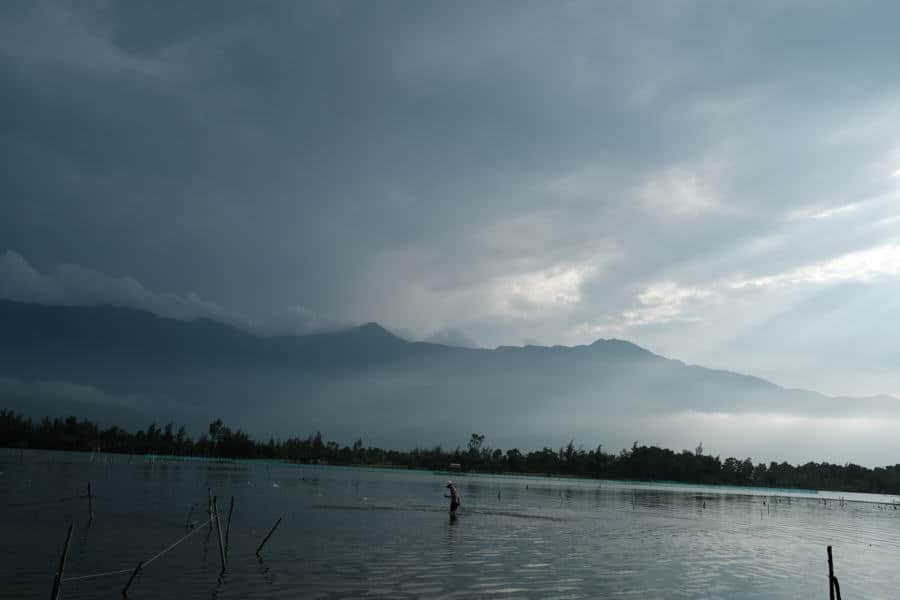 As we continued to watch the man, I waited for him to make a specific movement, pointing his stick up in the air and creating a dynamic line. I also made sure to straighten my frame! 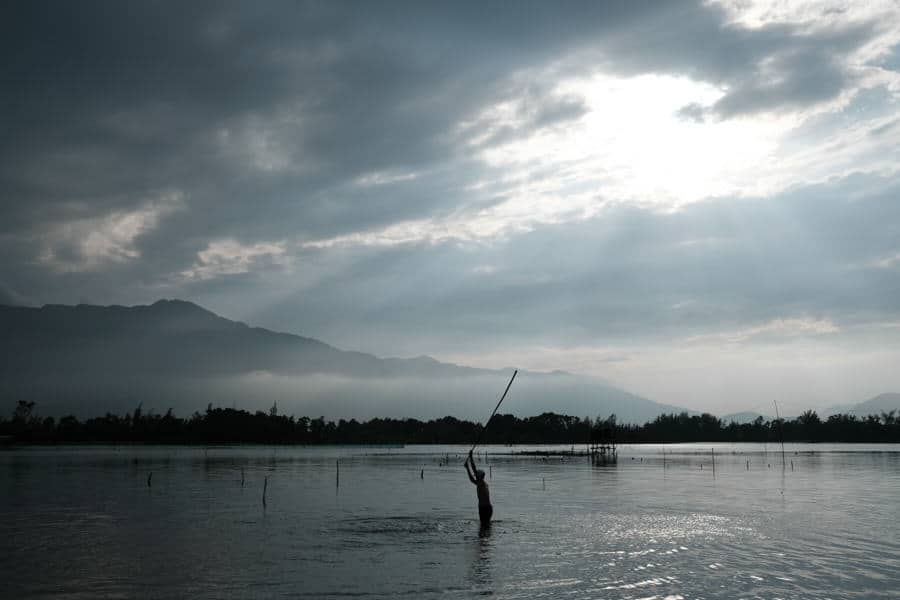 As usual: get close!

Due to our distance from the subject, we decided that our images would be more powerful if we moved closer. So we got in the water and began to approach him and say hello. Turns out he was a very friendly 17-year-old Vietnamese boy who spoke decent English. He informed me that he was fishing for fun as it was his holiday and he was bored. 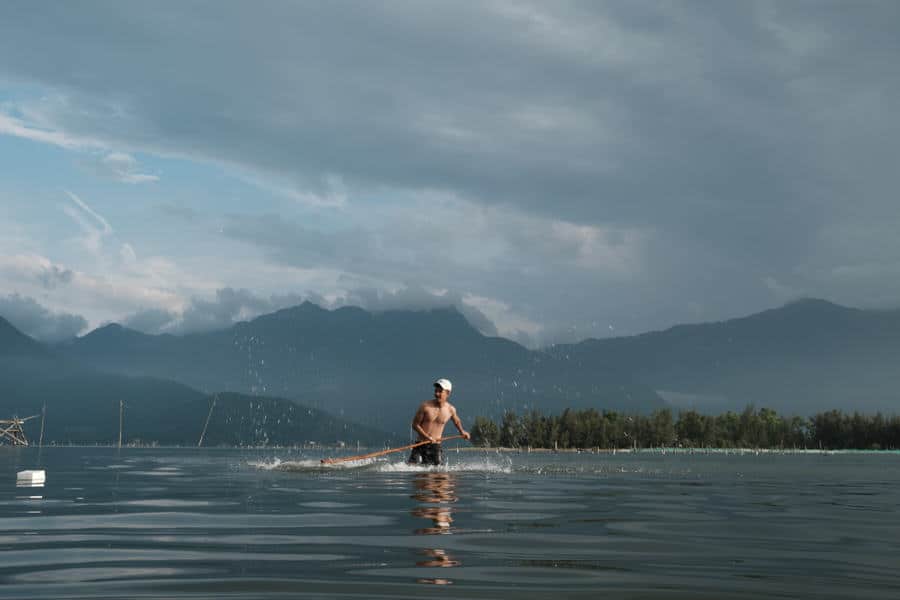 Paying attention to the angle of the light

After our brief conversations, I took the time to analyze the boy’s surroundings – paying attention to the angle of the light.

Because it was late afternoon, the light was divine and reflecting off of the water and onto the boy. As I knew I would end up shooting in the light (as I do way too often) I started with the light behind me. This created a good exposure and nice background.

Yet I still wasn’t satisfied. 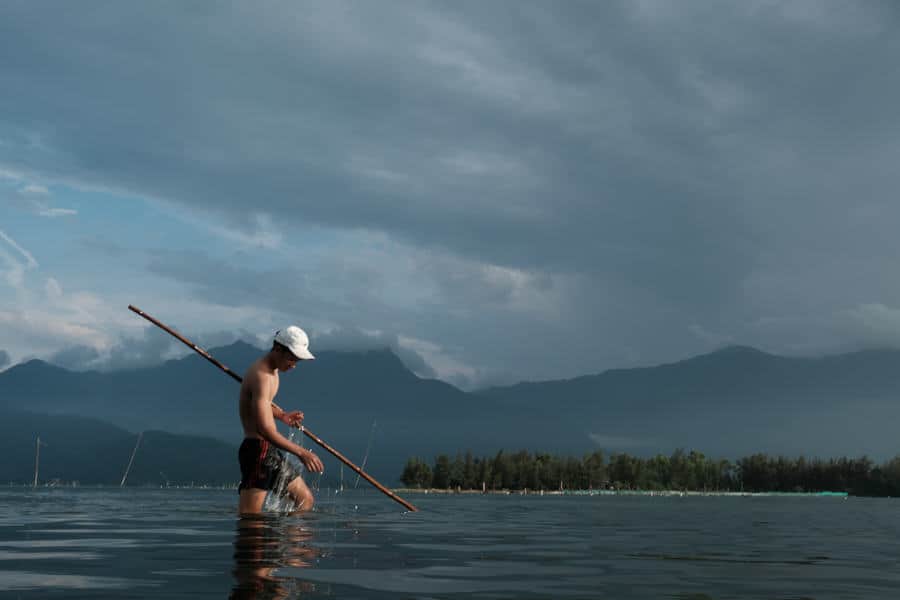 When you run out of ideas: wait for things to change

As I looked at the fishing net underwater (I could see it just at my feet) I knew that he was about to walk on my right side.

This was perfect: the further he would advance, the more the angle of light would slowly shift on him until he is behind me and I am facing the sunset

So I just let him walk slowly and pick up his net while making sure I kept him on the left thirds of my frame. 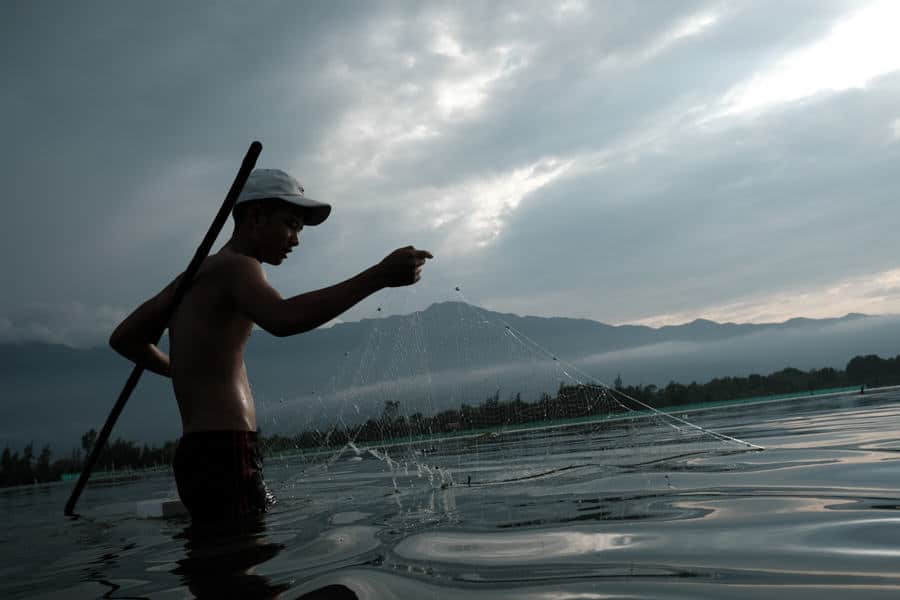 I also tried different apertures while taking these images. As I was far away at first I was shooting at f8.0, but as he came close to him I kept opening the aperture to try and isolate him more until I reached f2.0. But as he kept moving away from me again I went back to f8.0 to make sure I had all these beautiful background details. 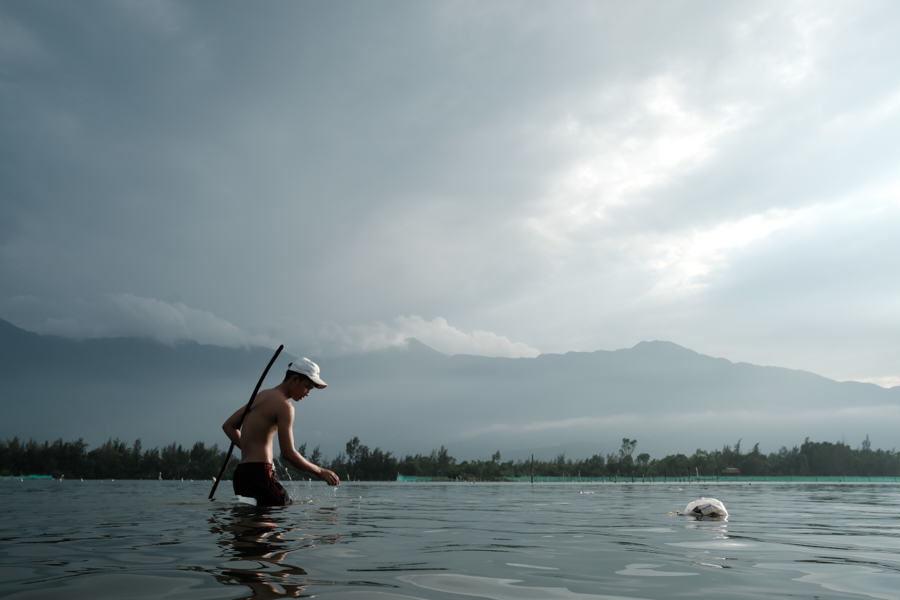 See how the contrasts change with the light

With the contrasts increasing I started noticing how the light was playing on the man’s skin tones and on the water texture. I am a big sucker for shooting on water, as I love the reflections it creates. So I decided to start moving and get a bit closer to him to capture more details.

While getting closer I also studied his body gesture – his arm kept moving up and down to pick up the fishing net. This would serve as a nice leading line into the rest of my frame. 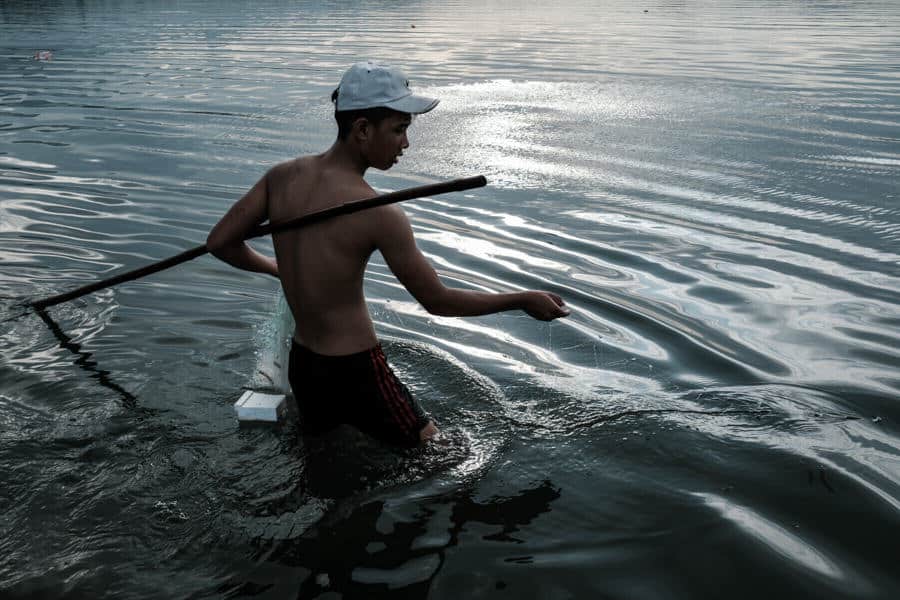