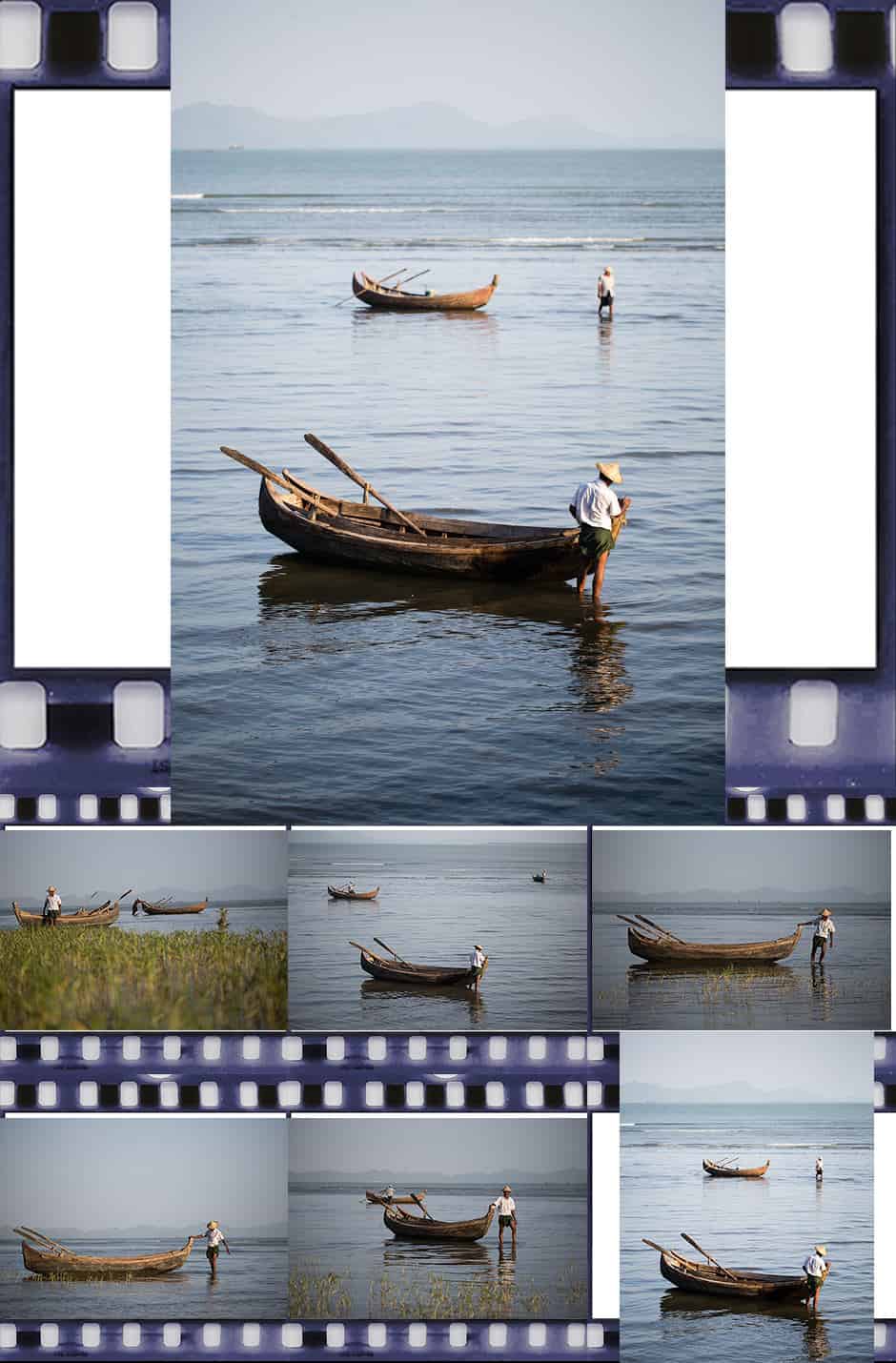 On this week’s contact sheet, I am using a photo I took few months ago in Sittwe, Rakhine state, Myanmar. The idea is to study what photos led to the final shot, the one I like best. Of course, as we all have different tastes, you may like another one best, feel free to share your thoughts in the comments below.

1- I started with a shot taken from a low level as I wanted to play with the grass on the foreground, adding a bit more color and depth to the image. I liked it but found that I could not see much of the boats

2- I found a higher ground behind me and went up there to see more the inside of the boats. I liked the shot but as I took it I realized how magic the light was becoming (late afternoon), mostly on the fisherman’s clothes. So I decided (as I always do!) to go back closer.

3- then on the 3rd shot I realized how I could play with the dynamic of the fisherman’s body, giving a diagonal line into the photo and a feeling of direction, his body pulling the boat to the right. Once again, I really liked it, but wanted to detach him even more from the background

4- so I went low again, and at that time his hat took a very dynamic angle. To me everything worked in that shot, I did really like it

5- Still I kept shooting when another boat came in the background, but things, and especially lines, were looking a bit messy.

6- Then, as I was leaving, going back on my bicycle which was on the road, I saw how the lines were playing together. The symmetry of the first and second fisherman was working nicely here, as well as the reflection on the water and the more apparent waves in the distance. I framed it vertically in order to get rid of everything that was around them, and focus on the different shades of blue in the water and sky. This is my favorite.

What do you think? How would you have frame that?