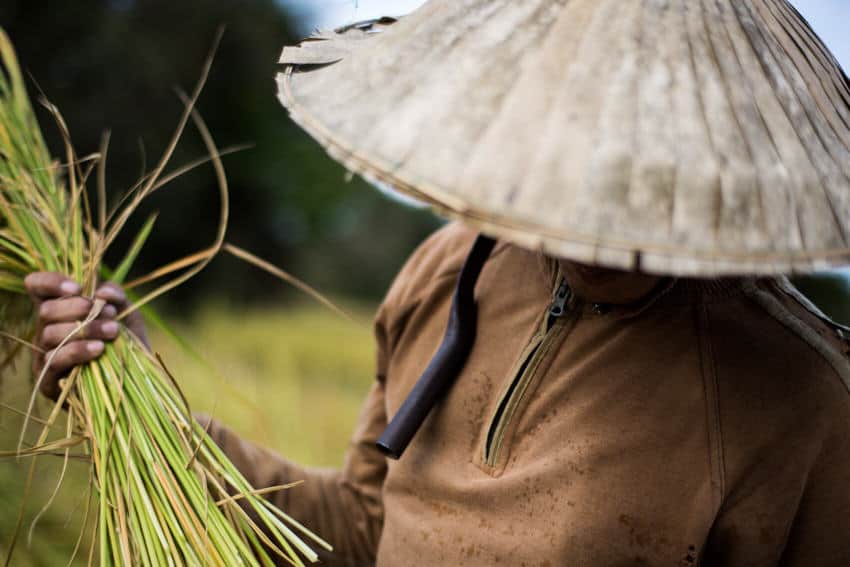 The more I teach photography, the more I realize that this is something I need to repeat… about 10 times a day 😉 This is actually now one of the first thing I talk about when talking about composition, once the camera settings have been covered. “Fill your frame”. There are variants as well: “fill that damn frame”, or “far out why don’t you fill that frame?” for my Australian friends.

But of course, I totally understand: when traveling to Asia, to such exotic and photogenic locations, people are so excited that they feel the need to quickly capture as many things as possible. Things happen and move so fast that if you point and shoot, you may actually get a shot. And this unfortunately translates by some poor photographs. Oh, don’t worry, aunt Rosy will still like them a lot.

By rushing when taking photos of busy places we tend to point and shoot and include distracting elements in our image.

What results from these simple actions is often a very messy image. Of course, I can see that you tried to capture that woman crossing the road. But was your idea also to capture the overexposed sky, the sea of electric wires, the workers in the corner, the running dog, and all the plastic bags lying on the road? I doubt so. 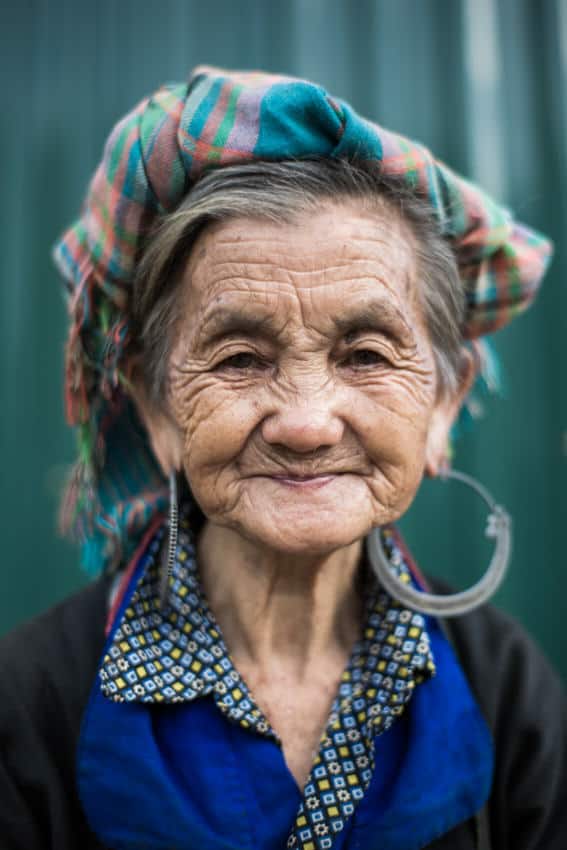 The easiest way to fill the frame is to get close

So instead of creating simple, striking images, you have created a photo that needs some explanations. “Well you know, I wanted to show that woman on the road but things move so fast I did not have time to move, so it’s a little messy… but you know I kinda like it… you know? Like…. you know? Anyway, I will crop it later”.

Ah, I will crop it later. Oh, yes I know that needs some cropping. How many times do I hear that during a photo review?

It’s ok I can crop it later…

So many photographers have talked about it, but the most famous quote probably is from Robert Capa: “if your photos are not good enough it’s because you are not close enough”. And I talk about it in my article Getting Close. 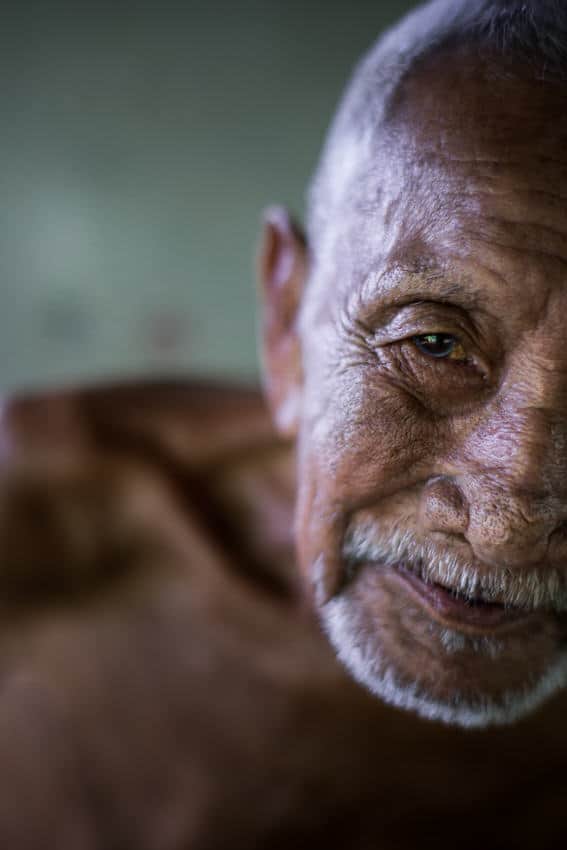 So I am now really trying to push my students to get more striking images by filling their frames and making them more simple. And the way I describe it is in terms of “elements”.

Your subject is one element. Your background or foreground is another one. If you think both these elements work well together, why would you include something else?

Of course there can be many elements or subjects (primary, secondary, etc…) into an image, but this has to be a conscious choice, a composition that has been seen and thought about.

Thinking in terms of elements will help you create more striking images.

Also, you will notice that the more elements there are in a photograph, the more difficult it is to create a dynamic and balanced composition. Using a longer lens or getting very close and having only the subject and the background makes it much easier… maybe a little too easy.

I only wanted to show the novice and the candles, so getting close helped me isolate these elements

So you have legs… you have a zoom lens… why don’t you use them? Because when I see your image I am going to ask you to justify and explain every element you included… and that on your RAW file, not the one you have heavily cropped.

Now, let’s try and see what kind of tools we can use to be more efficient at filling our frame:

First, remember when I was talking about elements. Define 1, 2 or 3 elements you like when looking at a scene, and make sure you do not include anything else. You will most probably have to get closer, to move, to think. But I guess you can do that.

You will most probably have to get closer, to move, to think. But I guess you can do that.

Also, I see that you are struggling a little with you 18-300mm lens, not knowing if you should be wide or very much zoomed. That is adding more things to think about and tend to confuse you more. What about sticking to one focal length, a 35 or 50mm for example. Once again, we are here talking about Travel photography focusing mostly on people. 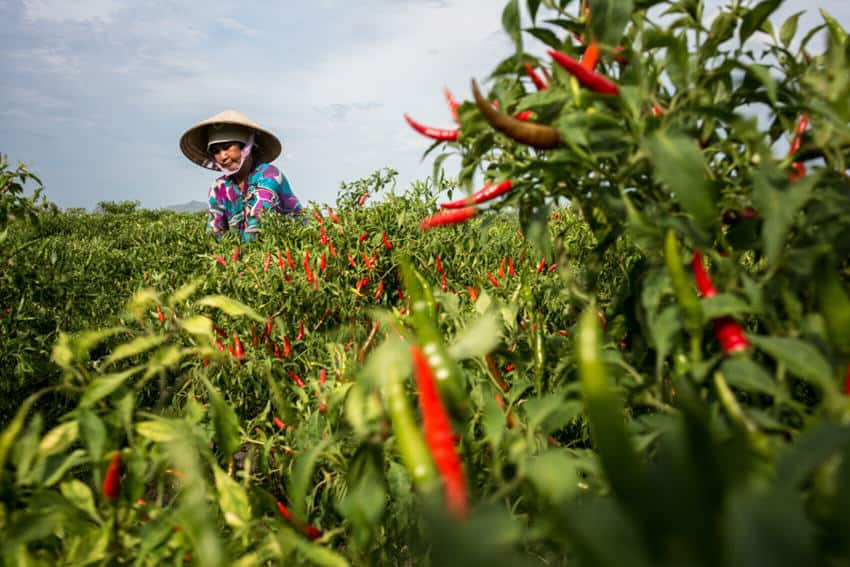 By being comfortable with my 35mm lens, this photo was literally move, point and shoot.

After a while using the same lens, you will start to “see” things in that focal length. You will be able to to move at the right distance, only to include the elements you like, without even having to look in your viewfinder. This will make you faster, more efficient, and will avoid over stressing your subject, having someone walking towards them hiding their faces with a camera.

You will be able to mentally create a visual frame, and, by doing this, automatically remove any unwanted element on your image.

Using a set focal length will make you more efficient and faster to create your visual frame.

Now, of course getting closer will make things easier, and most of the time giving you more simple, striking images. But as I mentioned earlier, maybe a little too easy. After all, shooting close up portraits with beautiful textured walls does not require much thoughts. So it would also be interesting, and more challenging, trying to get wider shots. 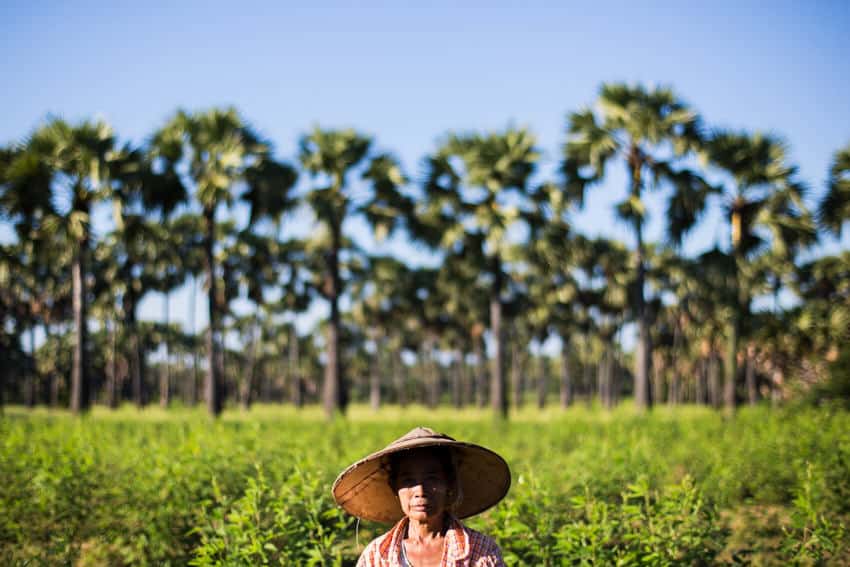 It does get more complicated though, and will require more thoughts. It is very easy to include too many elements in the frame and add distracting things.

So, my suggestion, is that you first start close to your subject, and only after step back.

By getting close, you will learn about your subject, probably (and I hope) interacting with it, and seeing more elements that surround it. You will also be able to get a nice photo of it, thus making you a little more relax as you already got your “shot”. Then, slowly, step back. Include one more element, that will help you create a stronger visual image, telling more story about the subject. Then, add one more element, somwething you saw in the background when you were closer. 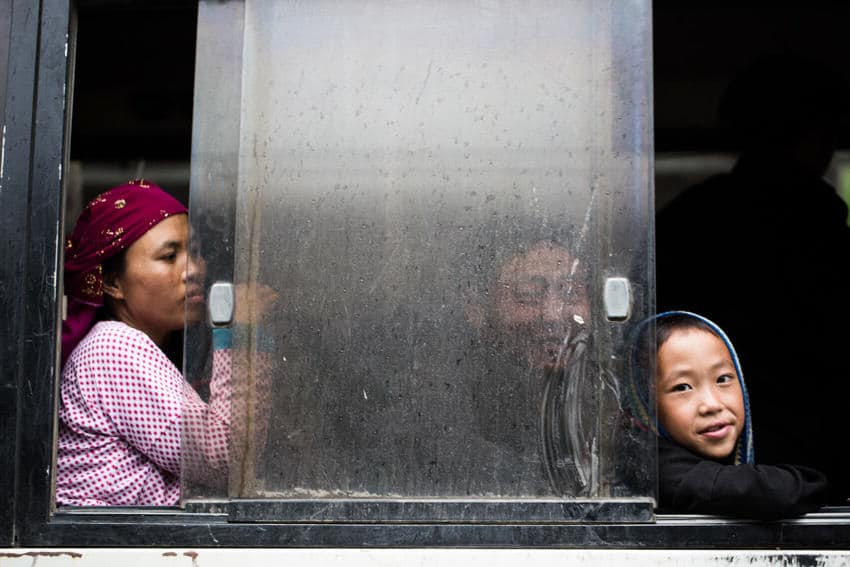 Only after getting close and shooting his portrait, I stepped back to include the woman on the left

By doing this, you will only include relevant elements that will help you create a more striking and story telling image, without the distracting things that we tend to include when shooting from further away.

First get close, then step back.

One more tool you could use to fill your frame in a better way is to use shapes. It is often said that using triangle shapes in your image helps leading the eyes into the whole frame and give a direction to the image. If you think in these terms, a main subject and 2 other surrounding elements will suffice to create this shape, and helping you to not include other irrelevant elements.

Also, do not forget to use the power of lines to lead your viewer’s eye into the image.

The images below show how I used this tool to fill my frame. 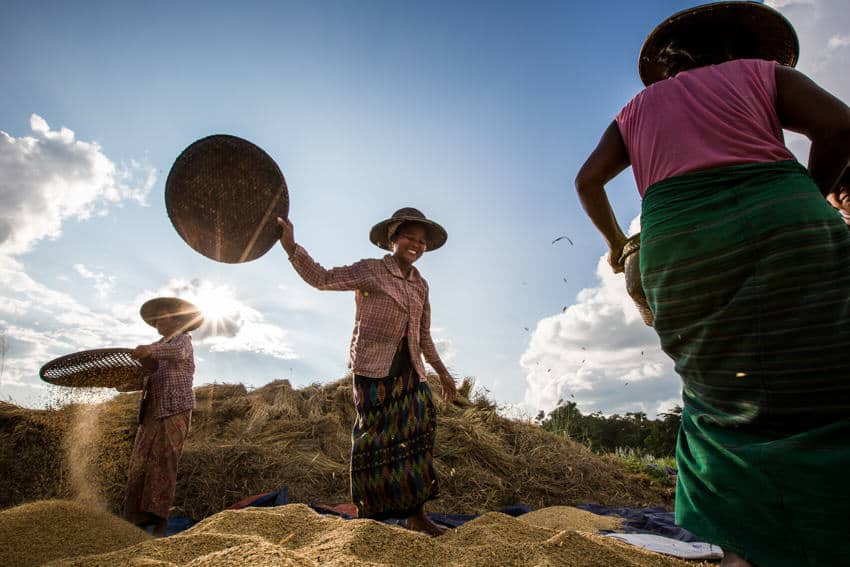 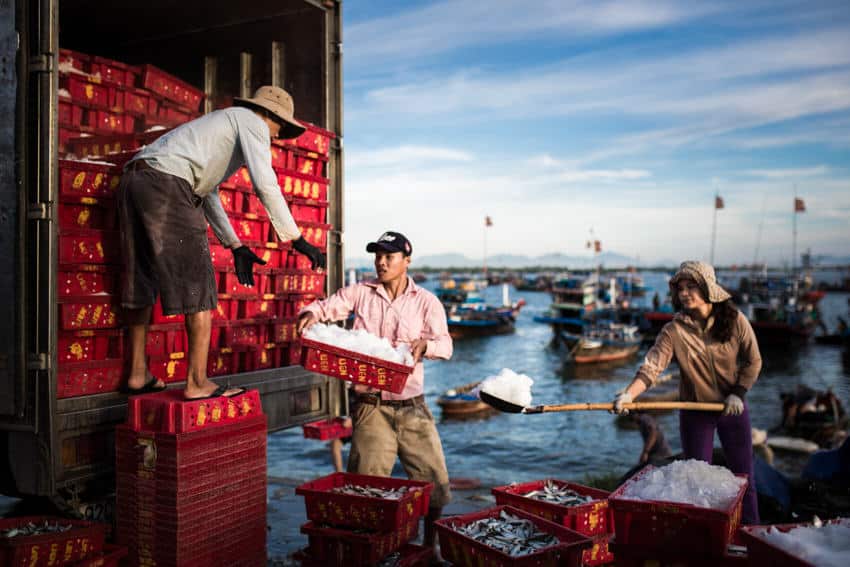 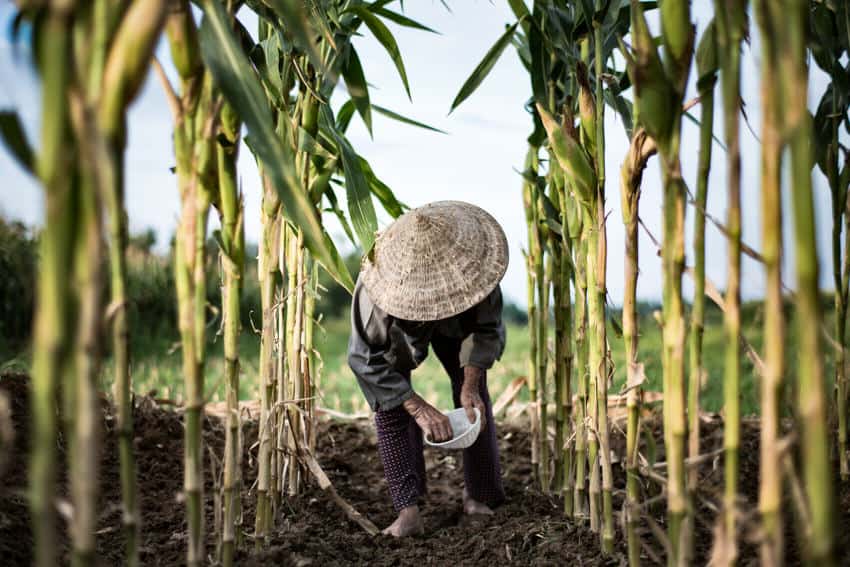 all the lines are pointing to the woman in the center