In the countryside of Varanasi

Something which is probably not what many visitors do, I decided last month to go and explore the surroundings of Varanasi. We had been shooting street scenes for 4 days now, and I wanted us to go photograph more travel things, offering more open space so we could practice a different type of photography than being always on the streets.

We hired a Van and left for the countryside of Varanasi. Our guide had a vague idea of areas where he had been to some nice villages, and where we could find people’s activity. We had layered street scenes for days now, and layering busy human activity is as much fun.

We first stopped in a small village along the river, where some of the locals make the tea clay pots used all over the country. I am not especially fond of clay pot making but finding people doing some activity is a very good way to approach them by showing interest in what they do. Plus it allows us to compose better stories by asking them about their craft and learning more about the handicraft involved. 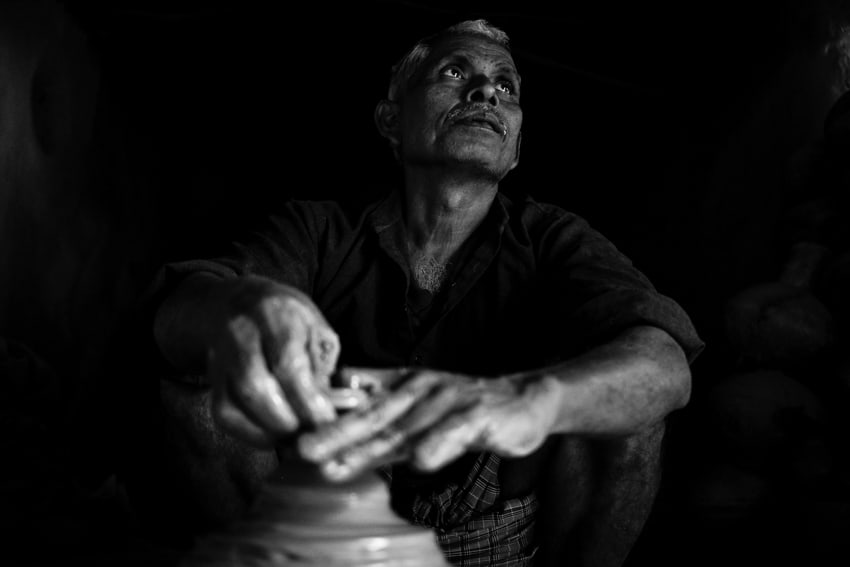 After an hour of walking through the village, meeting shy and not so shy people, we started attracting the attention of some school kids. We realized we were getting close to a school, and we were expecting what was to be expected: kids frenzies. It’s super fun to show up somewhere and having so many smiling kids willing to chat with you, willing to take selfies or be photographed, but you need to be aware that when travelling in places like India or Bangladesh, you can be disrupting the course of what these people were doing. Workers in factory stop working for a selfie, kids run out of class, drivers stop in the middle of the road for a quick word, these things happen all the time.

All the kids ran out of their classrooms and quickly surrounded us. It lasted for a good 5 minutes and we decided we needed to leave, to let them go back to class. It took some time, but we managed! But of course, always an opportunity for some pictures. 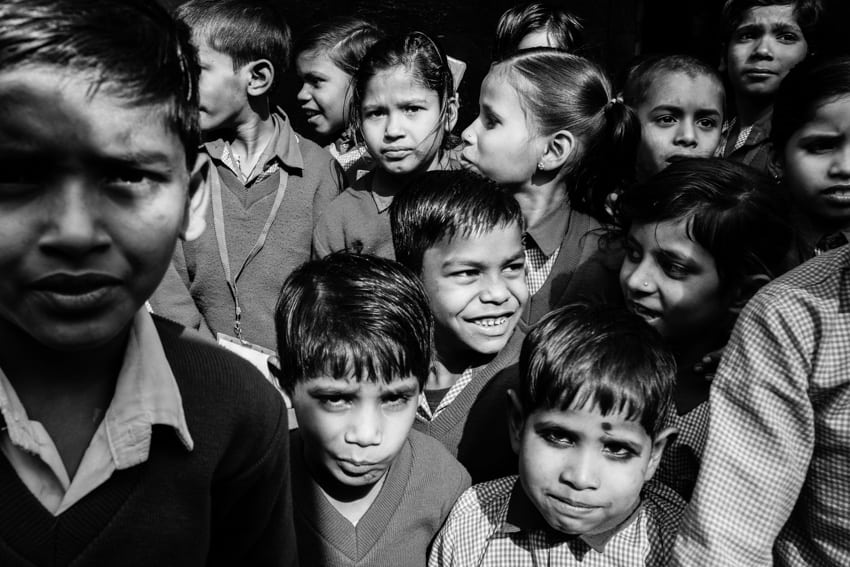 After lunch we spotted some people working in the fields, harvesting rice. Something we had not photographed since the beginning of our trip to India. The light was a bit harsh but I believe harsh light goes well with harsh actions. The men were beaing the rice straws against a wooden table, and all the grains were flying up in the air. Perfect opportunity to play with the wide angle. 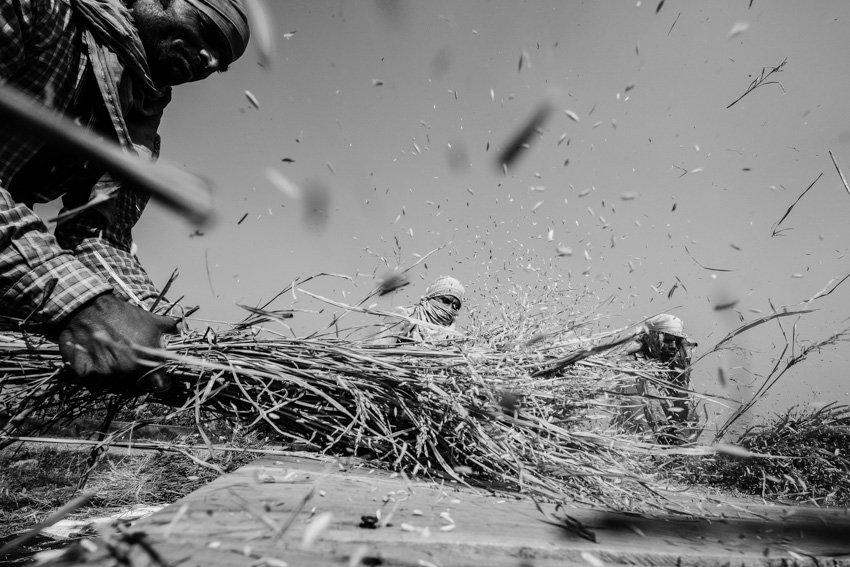 We later found some brick factories along the road which seemed to be busy. We visited a few of them and it was no different from the brick factories in Bangladesh. People working very hard and in very difficult conditions, being all smile when they get visitors. We got offered tea and some delicious sweets as if we were guests. Once again. 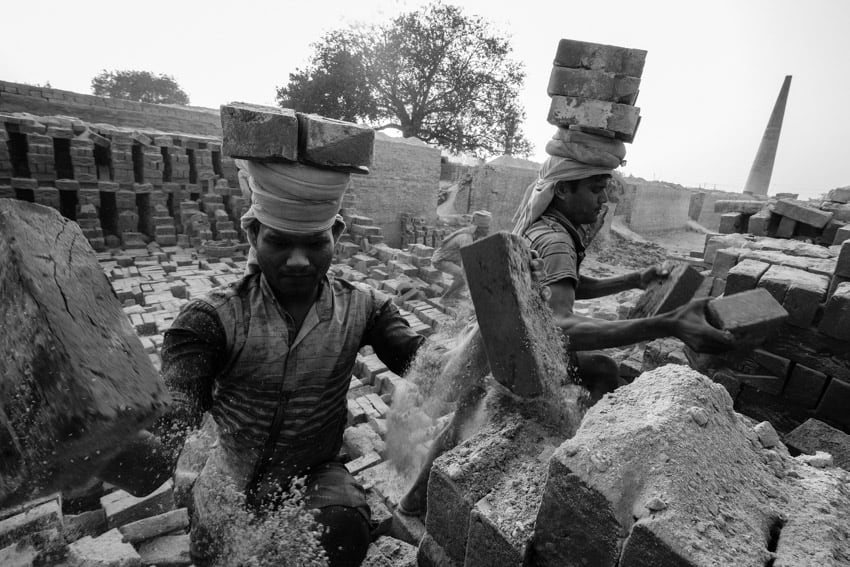 Later on, in order to catch the sunset in a more countryside location, we kept driving to a place where people walk their cattle around. We found some cattle, as well as some very beautiful fields where people were ending their day working. We stayed around a very beautiful tree for a while, waiting for people to walk or drive by. 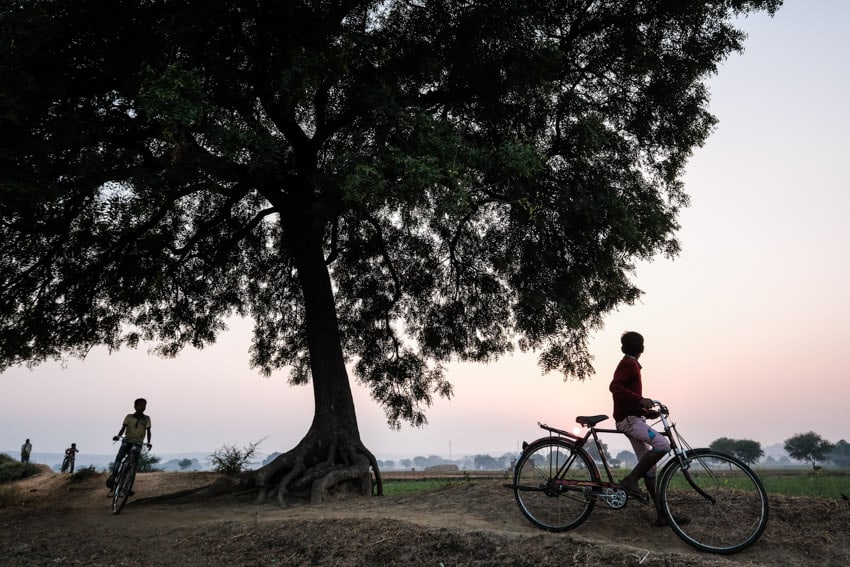 Eventually, we attracted half of the village, which was surrounding us and taking selfies with us, so much that they were blocking the path and creating a traffic jam. The sunset was over, it was time for us to drive back to Varanasi.