After now over two years of shooting with this lens, I do have a few things to add. I still love this lens very much, and I mostly use it for portraits, or when the light is very flat. Shooting with a really wide aperture helps to bring back depth to the image. I have been playing with it even more recently when creating my online travel photography program, and it’s still a beauty!

First, I realize more and more that I do not like shooting with this lens above f4.0. Mostly when closing the aperture around f8.0 or more, it does create a heavy magenta colour cast. The colours and render are much more faithful when the lens is wide open.

These two unedited images were taken last week while exploring the area of Phong Nha, a few seconds from each other. the first one at f1.4 and the second one at f8.0. Can you spot the colour cast?

This, in my opinion, is yet another proof that this Mitakon lens is great to use with wide apertures, but not so much with smaller apertures. After all, if you purchase such a wide lens, it’s because you want to use it wide.

Secondly, in terms of built quality, I find the lens being very solid and well built. Even after two years taking it through mountains, seas and wet markets, the lens is sturdy and still feels very good in hands.

So after over two years of using this lens, I still highly recommend it if your goal is to create very special portraits.

From its real name Mitakon Zhongyi Speedmaster 35mm f/0.95 Mark II Lens for Fujifilm X. Is it Mitakon? Is it Zhongyi? What I know is that this is one of the best lenses I have ever had! 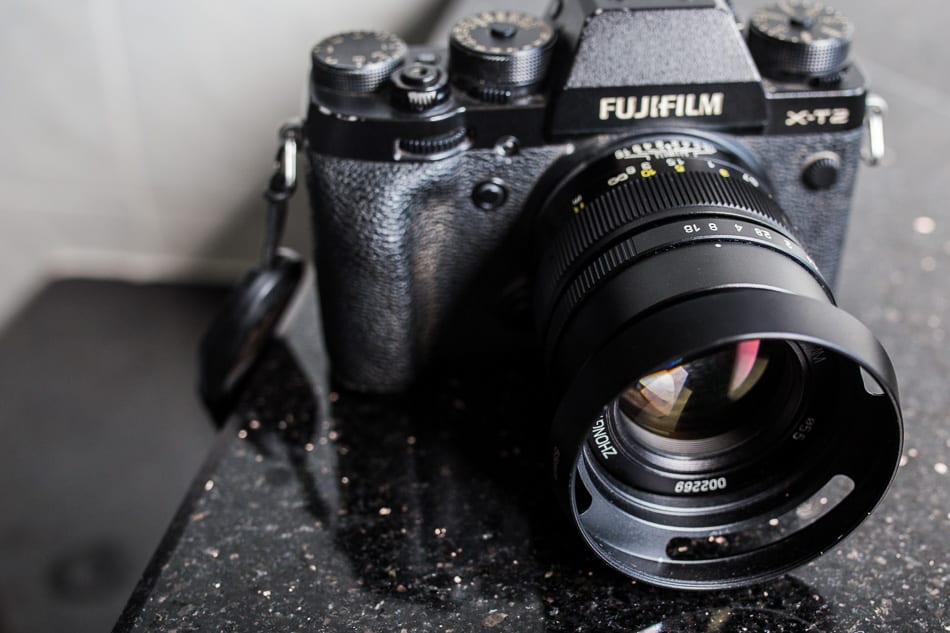 After making the switch from Canon to Fujifilm, there was one thing that was missing me: a manual focus portrait lens. Having shot with the Zeiss Planar 50mm f1.4 for years, and loving that focal length for portrait and the flexibility of the manual focus, I tried to find an equivalent. I was being unsuccessful when I heard about that Chinese brand doing manual focus lenses with Fuji mounts. I looked into it and there I found it, the perfect equivalent of a 50mm f1.4 on my crop sensor Fuji: a 35mm lens with a 0.95 aperture size. Sounds pretty cool right?

Lucky enough, a good friend of mine and great photographer living in China was coming to meet me in Vietnam to go on a photography tour in the mountains of the North and offered to bring it to me. A perfect timing, given that I was going to spend the next 3 months on the road in Asia. 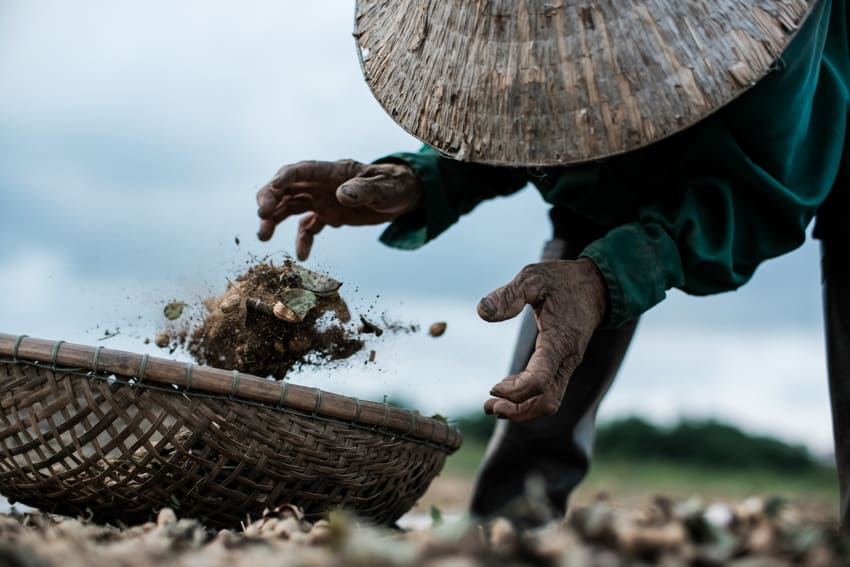 The first thing that surprised me about this lens is that it is quite heavy (350 grammes). It does feel heavy attached to a mirrorless camera. But it does feel solid. The outside is made of metal and feels very sturdy. The focusing ring is nice and smooth allowing a very intuitive focus shift for moving subjects.

I find the aperture ring a little small and sometimes difficult to find while looking in my viewfinder. Also, you have to know that this is not an aperture ring with clicks, so changing the Aperture without looking can be quite random. I will always be setting up my aperture before shooting with that lens as I will not be able to change once I start shooting a series of images.

The lens hood is also metallic and the whole thing looks like a fat mushroom. Not the sexiest lens, but we don’t buy gear for how it looks like, right? 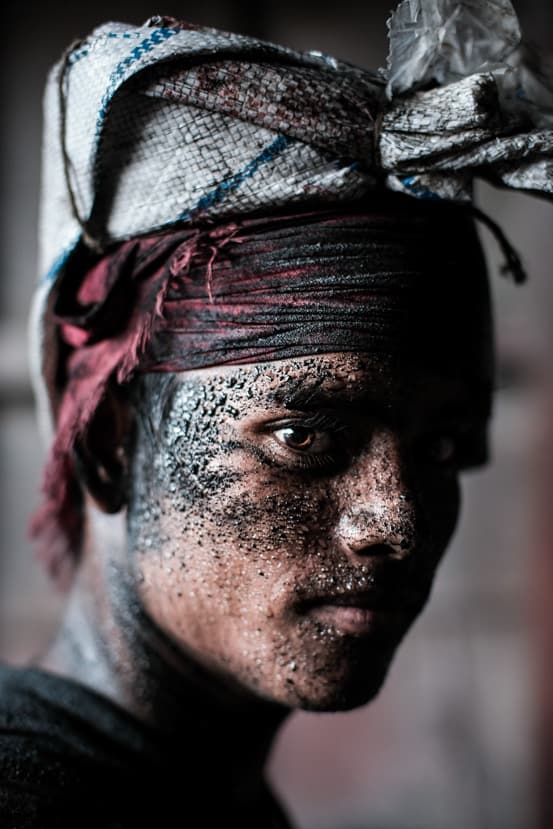 I am nothing of a technical guy, really. I never zoom 100% on my pictures to check if they are super sharp, or worry much about sharpness in general actually. When shooting with that type of lens, I enjoy playing with a very shallow depth of fields, which sometimes mean that there is not so much in focus. But that brings a certain emotion to the image that I really love, mostly with the right type of subject. 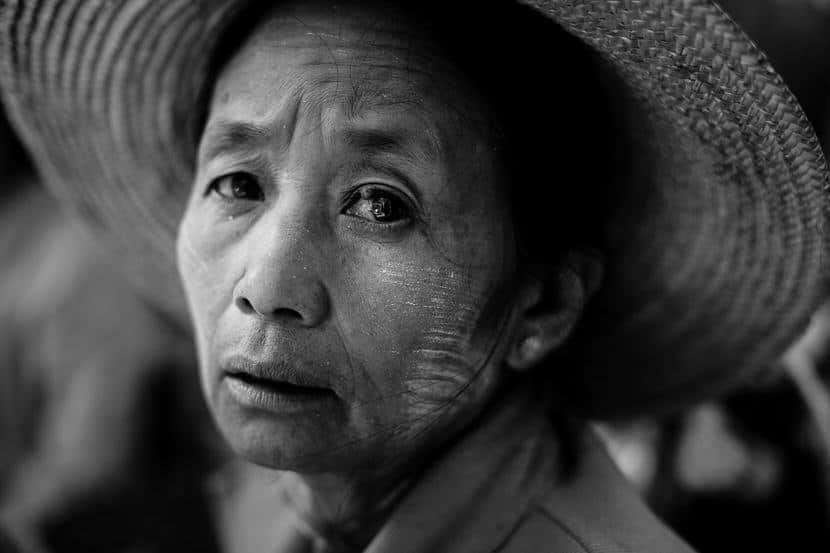 What I can tell though, is that this lens is much sharper than its “full-frame equivalent”, the Carl Zeiss Planar 50mm f1.4. And it is two-thirds of its price… I spent 4 years shooting almost exclusively with the Zeiss lens, and real sharpness only happened above f4.0.

With the Mitakon I get really good results even at f1.4. 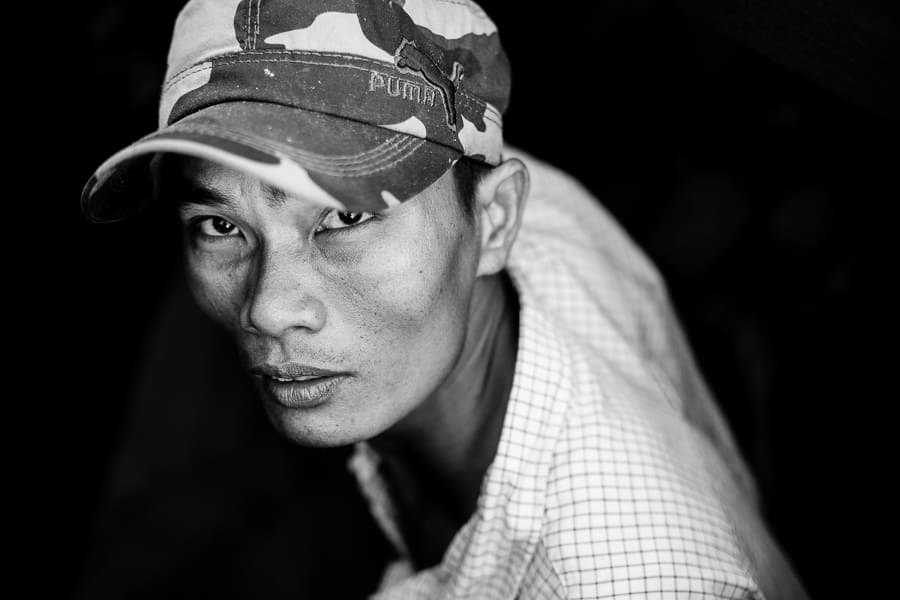 Combined with the focus peaking on my Fujifilm Xt-2, it is definitely much easier to use than using the Zeiss on my Canon 5D3. My sharpness ration shooting moving subject with very wide apertures has dramatically improved as I can now clearly see what is in focus. 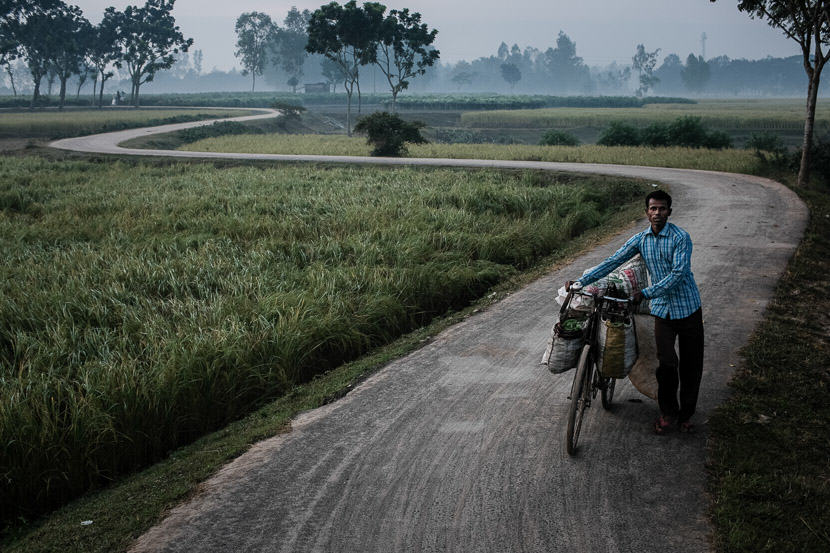 I felt the need to create something a little technical, so here is it. This is a panorama I took in the lost city of Keshit in Iran. Below is a 100% crop. I know it doesn’t mean anything because of the Jpg compression, and the fact that you can’t zoom on it. But it doesn’t look bad at all. 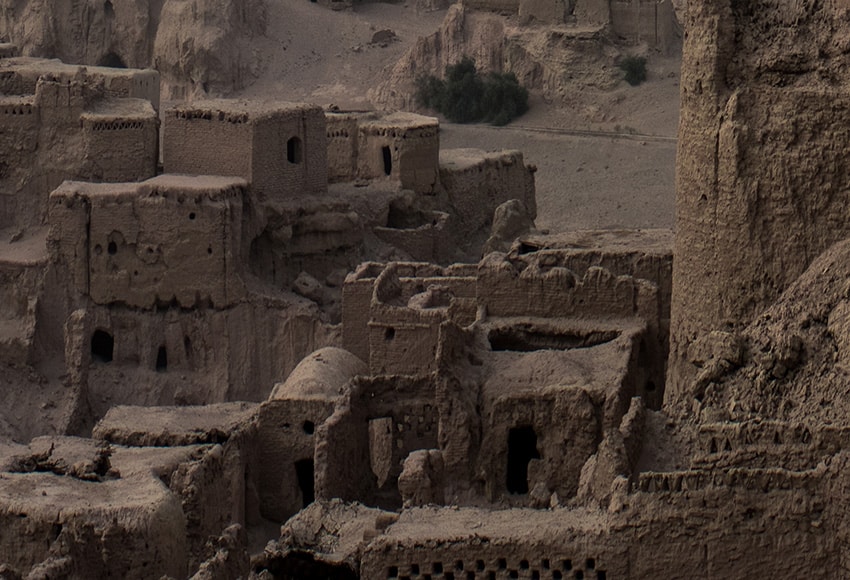 About depth of field

The reason why I chased this lens is mostly for having a portrait lens I can use wide open. I rarely use this lens at f/0.95 but often at f/1.4. Same as my former Zeiss lens, the Mitakon creates a very creamy texture in the background and foreground, a real delight to the eye. 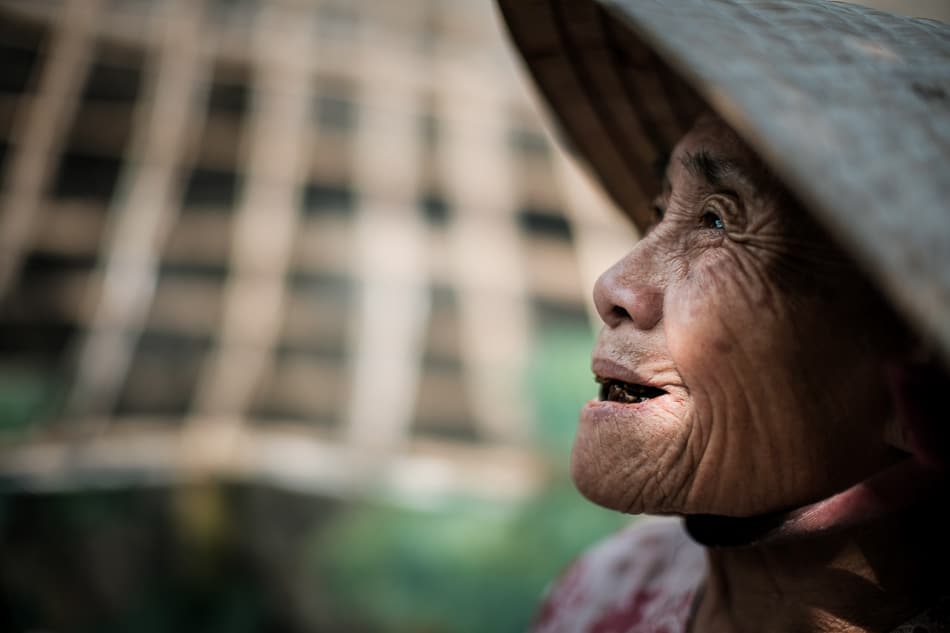 It should also have very nice colours but I couldn’t be the judge of that as I am shooting in Jpegs only in Classic Chrome on my Xt-2. With the colours being altered by the film simulation, it is difficult for me to judge the lens effect on them.

Hum that sweet flare that I love so much. Being up very often early morning and late afternoon I often find myself shooting into the light. And this lens doesn’t disappoint once again. 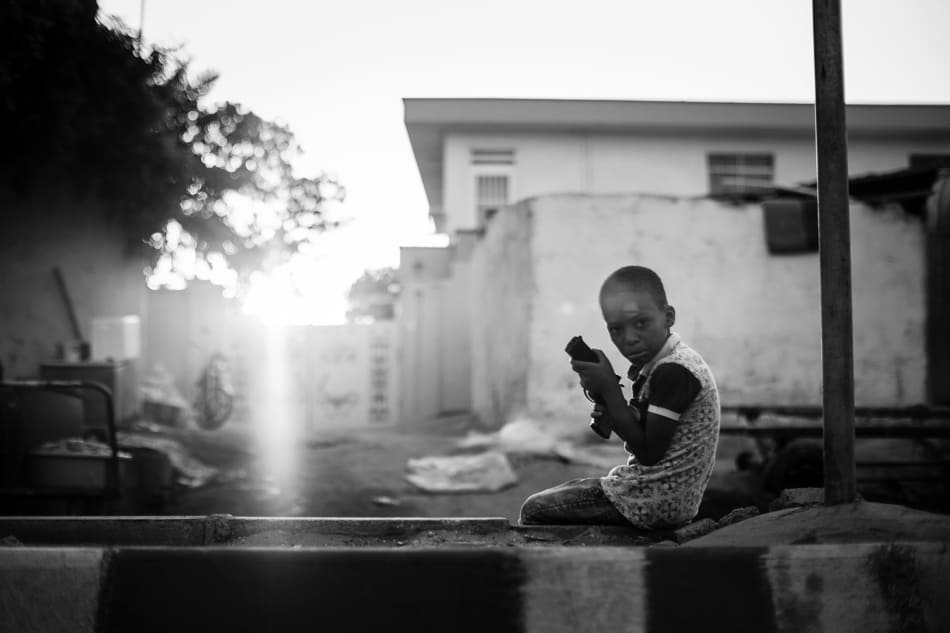 I really got the hang of using this lens, even though I still use my 23mm more often. I even shot the entire last honeymoon session in Hoi An last week with it. And sure I had a great time! 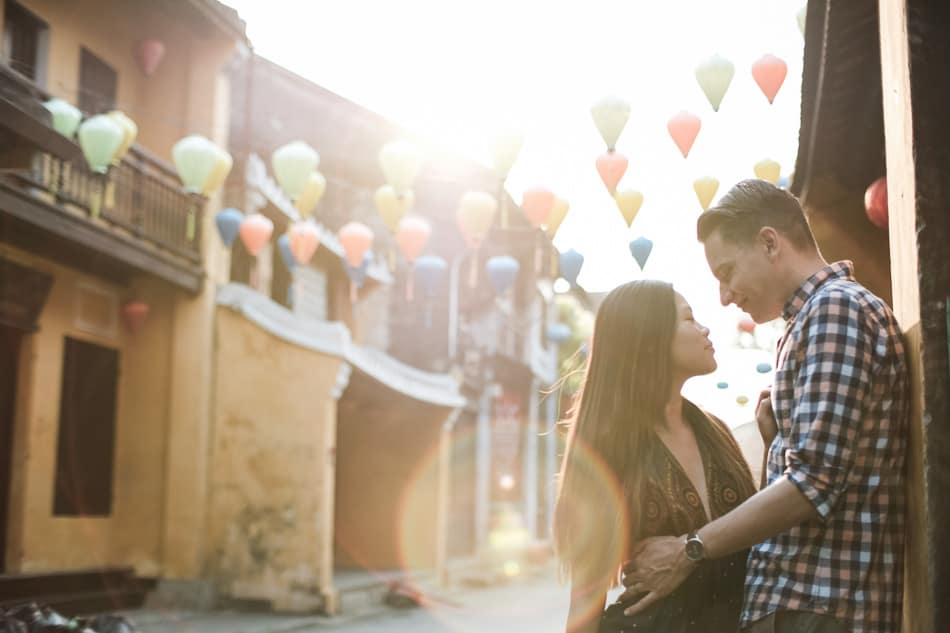 I believe this lens only applies to a certain type of photographers. More pricey lenses will create less flare and probably give you sharper images. If you don’t like the flare or want to photograph very sharp landscapes you may need a different lens. But I am not one of these photographers, and I find that this lens for people photography is very intuitive to use and delivering great results, at a great price.

I could only highly recommend it for candid and environmental portraits.