The bamboo man: the story of Le Sa

For some of you who have been following me regularly on Facebook or G+, you may have seen me talk about the bamboo man before. I have been posting portraits of him for the past 5 years – ever since I started to regularly visit his village with Hoi An Photo Tour &Workshop.

I first met Le Sa in 2009, whilst walking along the river in Duy Hai, a small fishing village in the outskirts of Hoi An, central Vietnam. He was always wearing his favorite (and only) hat, a personal treasure which only adds to his photogenic qualities. At the time I did not know anything about him, but I was touched by his physical appearance. As we say,‘life can be written on someone’s face’ and that clearly applies to Le Sa. When you look into his eyes, there is a feeling of honesty and sadness, that made me want to know more about him.

“As we say,‘life can be written on someone’s face’ and that clearly applies to Le Sa.”

I have had plenty of time with Le Sa, taking him to visit Hoi An old town (he has never been there in 40 years!), and raising money to build a new house for him. I also asked him to build some small boats that I am selling in my gallery, to offer him some financial support. 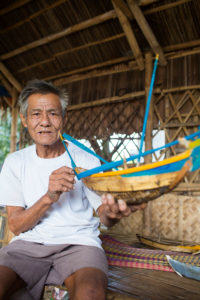 Over the years I have had many opportunities to chat with him, asking him small details about his life. But as my limited Vietnamese did not allow me to delve further into his troubled background, I decided to meet and talk with him with the aid of an interpreter.

Here is his story:

Le Sa was born in January 1935, in the outskirts of Duy Hai village, central Vietnam. His parents were farmers, as was most of the population in the countryside at that time. There wasn’t much hope of having a different life but still, Le Sa’s parents did their best to attempt to give him an education.However, this proved to be ‘a bit tricky’, as kids who were willing to go to school had to do so in hiding. At the time, the French, who were occupying Vietnam, were strictly controlling the education of Vietnamese people. Le Sa recalls having to walk to school with his books hidden in his clothes and would not dare to keep the school books inside his family house. Consequently, they were left outside, hidden under banana leaves.

In 1947, Le Sa joined the revolutionary army (or Viet Minh) to fight against the French. He was still based in his village area, patrolling and informing the Viet Minh about the French army’s movements.

In 1954, 2 years after his father died fighting the French, Le Sa joined a special group, about 100 strong, whose task  was to transport ammunition to the troupes fighting at the front. Within this group it was Le Sa’s specific task to carry a heavy load of ammunition from Son Tra, in Danang city,to Hue City, 100km north. To do so, Le Sa and his group had to trek along the Truong Son trail (later renamed the Ho Chi Minh Trail). They had to walk for days into the jungle, sleeping at night in wooden shacks built by the revolutionary army. A return trip from Danang to Hue would last 3 months. Today, this is done in 8 hours… How times have changed!

Le Sa was awarded a medal for his hard work, but things quickly changed; after the Geneva agreements of 1954, which saw Vietnam being split in two, the Viet Minh moved North, away from the Danang – Hoi An area. During this time, Le Sa met his wife and they got married.

From 1955, the Democratic Republic of Vietnam (or North Vietnam) relocated thousands of Vietnamese people into the Dong Thap Muoi area, close to the Cambodian border, for agricultural reasons – officially. Le Sa was sent there to work as a farmer between 1957 and 1961. But these relocations were actually an undercover plan to facilitate the training of troops in the South who were to act as a guerrilla army against the French and American troops. Le Sa recalls that some of his colleagues were caught doing military training and executed by the US troops. 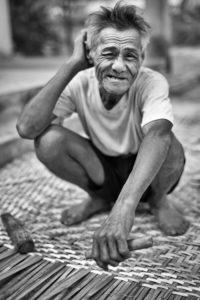 In 1961, huge floods in the Dong Thap Muoi area forced all the people who had been relocated there to flee and go back to their home villages. Le Sa moved back to Duy Hai, only to find that he was no longer welcome in his home village. His identity had been deleted from the system and he did not own any identity papers anymore. These were some of the most difficult times for Le Sa who was forced to live in hiding, worried that the US army would come and arrest him.

Le Sa was left with no choice: by the end of 1961, he had enrolled in the Civil Security and helped the Americans by patrolling the area with a rifle. He had to do this in order to be accepted and given new identity papers.However, this only lasted for a few months and then Le Sa worked as a fisherman, trying to live a peaceful life.

In 1965 Le Sa was arrested by the American troops. He was sent to Son Tra, where he was previously based with the Viet Minh, interrogated and jailed for 3 months. He and eight others were prisoners in Son Tra, but were free to walk the area. 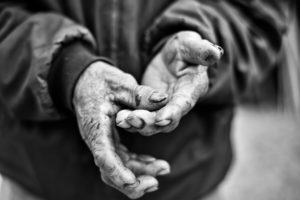 One day, they were told that they would be leaving for the battle front the next day, fighting against the Viet Cong. That was, of course, a very difficult situation for them to accept, and they decided to attempt an escape. One night in 1966, at 11pm, Le Sa and his eight comrades walked towards the beach in Son Tra. They found an old bamboo raft and decided to make good their escape.

The American troops fired a routine flare into the sky, and Le Sa thought that it would be the end –  they would be seen by someone, walking on the beach. But nothing happened, and they embarked upon an incredible escape. The boat, that they thought would be reliable, was everything but waterproof and of course, they had nothing with them to bail out the water. So, in order to avoid sinking, they removed their clothes and used them as sponges.

They rowed as far as they could towards the South, and ended up on My Khe beach, between Danang and Hoi An (that’s about 15km away from Son Tra!). To their luck, on arrival on the beach, they met some Viet Cong troops. Amazed at hearing their story, the Viet Cong walked Le Sa back towards his village of Duy Hai. Unfortunately the American troops were still stationed there, so Le Sa spent one month in Hoi An before being able to go back home. 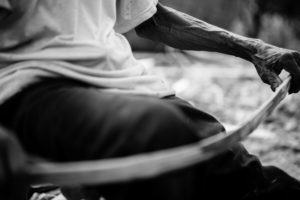 Since 1966, Le Sa has worked as a fisherman but also, to my amazement, taught himself to work with bamboo. You should see the things he can construct: give him some bamboo and he can make boats, benches, tables, chairs, baskets and even houses… you name it, he can make it!.

During the interviewLe Sa said that, at that time, one had to be skillful in order to survive, being knowledgeable about everything.

In 1969, whilst walking outside his home at 10pm, an American soldier shot him in the hip. After realizing their mistake, the US troops sent a helicopter and took Le Sa to Danang hospital where he was (and I quote his own words) “opened like a fish” in order to extract the bullet. Le Sa still has a massive scar on his chest and a few smaller ones on his hip, bearing witness to the event.

Despite all of this, Le Sa’s only wish was to live in peace in his village. And so he settled down and has kept working as the Bamboo Man of the village ever since.

Today only a few people who were born at that time are still around to talk about life back then. I am very glad I had the opportunity to hear his story today, and I hope you enjoyed it too. 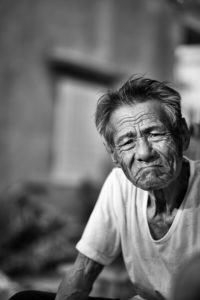 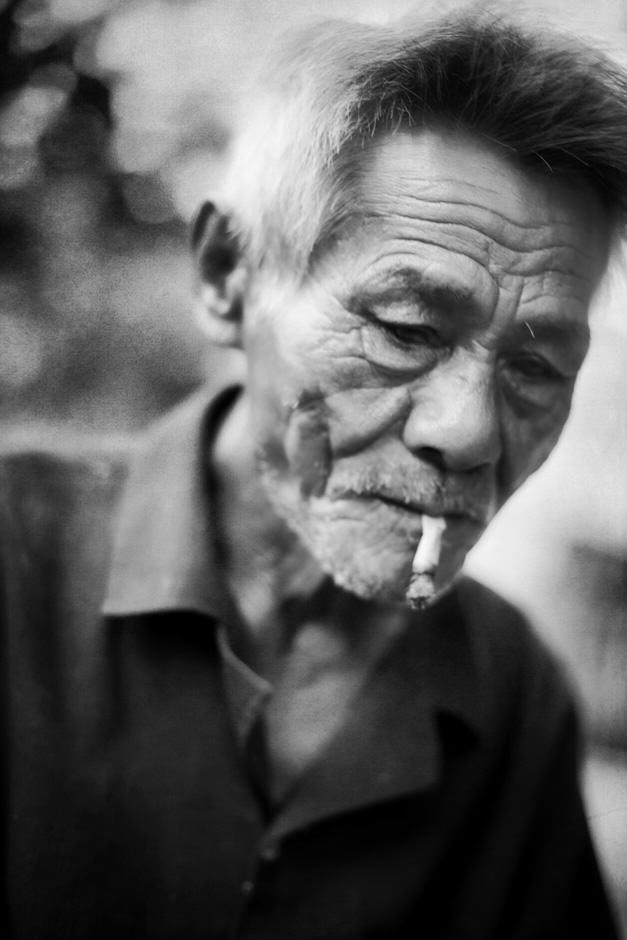